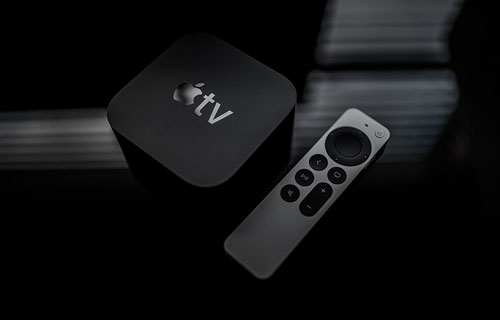 Streaming media can be considered an important part of the information revolution that has taken place over the past two decades. The history of the development of media content streaming systems begins around 2006 when the Amazon Prime Video service was launched. In less than a year, Netflix launched its own streaming media platform.

Of course, we are talking about streaming media content in the form we are familiar with today. In the general case, the history of streaming goes back to the early 1970s, when research laboratories in the United States first demonstrated streaming audio technology.

Apple TV is one of the popular streaming services today. It presents a wide selection of content to watch. However, not everyone is able to enjoy it, as access to Apple TV is often closed due to geo-blocking. Fortunately, Apple TV VPN can solve the problem.  VPN apps make the user anonymous on the global network and open access to any website. Read this article about the Apple TV streaming video service in more detail.

What Is Streaming Media and What Are Its Benefits?

Streaming media is a way of transferring data from the provider to the end user, during which the content is located on a remote server and does not require downloading or installation to play it on the device. It turns out something similar to television and radio broadcasting, but with greater possibilities. The user is now independent of the broadcast time. At the same time, the coverage of content is hundreds or even thousands of times wider.

The Apple TV service has original content and offers a wide selection of series and entertainment programs to watch. You can get access to the full functionality after downloading the original Apple TV program from the App Store. You can also install the software through the official website tv.apple.com. Owners of the following devices can enjoy all the advantages of an online cinema:

Apple TV can also be launched through products that are not manufactured by the American brand – South Korean smart TVs from the 2019 line and some gadgets of 2018. You can check the full list of compatible devices on Apple’s official website.

The subscription price for Apple TV is $4.99. This is quite profitable considering the fact that other streaming services cost much more. For example, the price of Netflix is almost twice as much – $8.

By paying less than five US dollars for Apple TV, you get a family subscription for six people. You can watch entertainment movies and different shows, download series, and enjoy other content even when you do not have access to the Internet. VPN for Apple TV will help open access to content if it turns out to be blocked in your location. In addition, VeePN will reliably protect you from any Internet threats.

The most popular Apple TV movies include the following:

The Apple TV user gets not only the opportunity to watch original films and series. Through the program, you can use the standard Apple iTunes Festival services, watch trailers, listen to the radio, play music compositions through iCloud cloud storage, etc.

Therefore, the features of Apple TV are quite diverse. Access the streaming service using a VeePN and enjoy interesting content. A VPN for Apple TV will provide secure watching at any convenient time.

If you liked our article you can also check out the dedicated Articles section for more. Also don’t lose the chance to subscribe to our Newsletter and gain exclusive privileges.