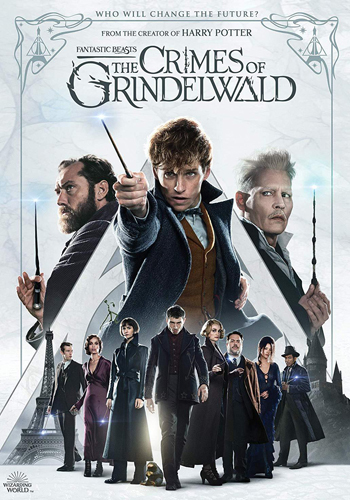 In order to stop Grindelwald’s plans for ruling the non-wizard world, young Albus Dumbledore will ask the help of his former student Newt Scamander who agrees to help while his loyalty is tested in an increasingly divided wizarding world.

During transfer from a maximum security prison to London to be tried for his crimes the powerful dark wizard Gellert Grindelwald escapes from Magical Congress of the United States of America (MACUSA) with the help of MACUSA employee, Abernathy. 3 months later Newt appeals to the Ministry of Magic to restore his revoked international travel rights in exchange to help them find the obscurity Credence Barebone, a proposal that he declines.

Albus Dumbledore asks for Newt’s help in order to find the obscurity Credence Barebone as he believes he is the key to Grindelwald’s plans for dominating the non-wizard world as Dumbledore himself cannot turn against Grindelwald. In Paris Credence helps Nagini escape a freak show and together disappear.

Newt travels to Paris and try to locate Tina while Credence and Nagini arrive at the home of Irma Dugard (Danielle Hugues), the woman Credence was led to believe is his mother where he confronts Grimmson who escapes and report to Grindelwald. Newt, Tina, and Leta come across Credence, Nagini, and Yusuf and all of them head to the cemetery where Grindelwald has gathered his followers and after his speech Credence decides to join him and Queenie as well.

The Aurors then manage to stop the fire from spreading that Grindelwald’s spell created. Newt takes a vial of blood to Dumbledore in order to break the Unbreakable Vow while Grindelwald reveals to Credence his true name being Aurelius Dumbledore, making him Albus’s brother.

Harry Potter was a real event for most of the previous decade and while there are some differences between the books and the films, as naturally happens during such a transition, most agree that along with the Lord of the Rings films this magical series is considered the best book adaptions to film up to this day. But everything comes to an end and in 2011 we saw the release of the final Harry Potter film making everyone wonder if this was the last we would ever see of this magical world.

And while it seems that the small wizard that grew to become a legend had his story find a closure J. K. Rowling seemed eager to dive into this amazing world she created once again with the creation of a new series of books called “Fantastic Beasts”, which in reality was a school textbook in the Harry Potter books that served as a magical creatures directory with his author being Newt Scamander. And what was such a simple element in the Harry Potter books turned out to become a franchise of it’s own.

The Fantastic Beast series is basically using the same world that we are accustomed with from the Harry Potter films with 2 worlds, the human and wizard one, coexisting in parallel with the wizards remain hidden from the real world in purpose. What changes is the timeline and the story as Fantastic Beasts is happening many years before the events in Harry Potter as we follow the story of the wizard Newt Scamander and his magical creatures.

The first film in the series called “Fantastic Beasts and Where to Find Them” had many elements that made the Harry Potter films work and it was obvious that they tried to follow a similar formula for the new series, but at the same time we felt that the film was a bit different and not only because of the new protagonist and new storyline. It felt that the focus was mostly on our new hero and his amazing magic creatures as we follow him in his quest to capture them. It felt different and fresh while it kept enough elements that brought us the familiar nostalgia of Harry in our minds.

Recently the sequel has been released and we feel that “Fantastic Beasts: The Crimes of Grindelwald” is a completely different beast from the first film. Although the sequel continues the story from where we left it with Newt Scamander and his creatures we couldn’t help but feel that this time the filmmakers tried to make the sequel even more Harry-Potterish than the first one. This time the focus had shift a bit, as the main focus stops being the young wizard and his animals, in order for the film to expand upon the world that it takes place. As such we see more of the wizard world and the people that live in it.

It’s not too hard to distinguish the similarities between Harry and Newt but also between Grindelwald and Lord Voldemort and while in this sequel we saw their very first confrontation it will be interesting to see how their relation will end and if we are going to see another Harry/Voldemort clash between them until the end of the series. Things seems like this but maybe the writers will offer us something different this time.

One thing we didn’t like was that by trying to expand upon the story and characters the film felt overburdened with elements that were clearly kept for the later films making this sequel feel a bit disjoint as it tries to present all new elements making our brains go into overdrive just to be able to keep everything registered and documented which is the complete opposite from the first film that felt much more contained and self-sufficient. They could definitely use the running time of both films in order to present all characters and sub-stories in order to have a better flow instead of using mostly the second film as a vehicle that would jump-start the main storyline.

All characters from the first film return once more but obviously since we were already familiar withe the character of Newt and his friends the focus shifted mostly to Johnny Depp as Grindelwald and Jude Law as the young Albus Dumbledore as both of them manage to portray their characters very well.

And while Johnny Depp had to work with a new character and shape him how he wanted Jude Law made an excellent work with young Dumbledore and you could really feel he is the same person we saw in all the Harry Potter films, just many years younger with all the intricacies this could bring.

Visually the film has a similar tone to the Harry Potter films as we switch between the real and wizard worlds and the color palette changes accordingly. If you liked the style of these films then you will definitely find something to like here also. Special effects and CGI work are convincing enough considering the world that the film takes place.

Sets vary a lot in composition and style creating a really interesting canvas that never felt dull or boring. Music was composed by James Newton Howard and while the soundtrack felt new in order to be in line with the new story, more than once we heard John Williams’s familiar themes making the connection with the Harry Potter films even more lively.

Closing we will admit that we liked a lot what we saw in “Fantastic Beasts: The Crimes of Grindelwald”. It has it’s fair share of problems that mostly has to do with the enormous amount of elements they tried to present that would serve as a basis for the rest of the saga but if you are a fan of any of the Harry Potter films then you will definitely find something to like here as the sequel draws even more elements from the young wizard’s films and makes it feel more like another sequel in the series rather than a prequel.

Will this new franchise manage to have the success of Harry Potter? Well, it has all the elements to do so, so all we have to do is wait in excitement to see where all this will lead with “The Crimes of Grindelwald” serving as a good starting point of where the story will really start to unfold.

Fantastic Beasts: The Crimes of Grindelwald finds itself into 4K UHD with a 2160p resolution, HEVC / H.265 encode coming from Warner Brothers having a 2.40:1 aspect ratio and coming with not only HDR10 but also Dolby Vision. The films that come with a 4K digital intermediate are few and far between and this is one of them and as a result the amount of visible details is astounding.

The extra resolution is evident on the detailed textures both on the characters skin as well as the clothes and the CGI driven monsters. A film like this with so many visually impressive elements benefits greatly from the resolution boost and the source material helps a lot in that. The film display a lot of monotonous scenes in terms of coloring and the use of HDR makes the various spells pop our so much more from the rest of the picture.

The included Dolby Atmos audio track makes sure to accompany the action faithfully by adding the appropriate depth around us with surround effects making their presence felt during more busy moments and while the top layer was not very active it did manage to make the whole soundstage even more immersive. Dialogue was crisp and perfectly clear both during action scenes and more quiet moments. And while the bass was a bit on the light side it never felt inadequate. Overall the Atmos tracks felt good enough even if it is not meant to be reference material.

In total the 4K UHD offers amazing picture quality, some of the best we have seen in this format, with great use of HDR and a Dolby Atmos that manages to follow the action accordingly making this home release the best one yet you can see the film on. Highly recommended. 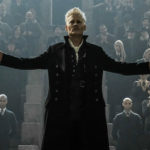 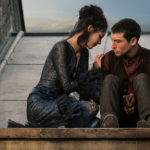 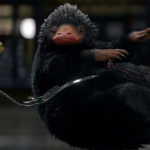 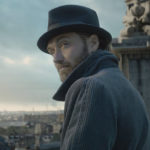 10 thoughts on “Fantastic Beasts: The Crimes of Grindelwald (2018)”