When the network of satellites designed to control the global climate starts to attack Earth, it’s a race against the clock for its creator to uncover the real threat before a worldwide Geostorm wipes out everything and everyone.

In an attempt to save the planet from the devastating effects of the extreme climate change, an eminent team of scientists led by Jake Lawson, manage to build a powerful and elaborate network of satellites known as the “Dutch Boy”, to practically control the weather.

However, when unexplained accidents and catastrophic weather malfunctions start to occur, it will be evident that what was invented to protect the Earth, has now become its nemesis, wreaking havoc with random attacks.

Can Jake and his estranged brother, Max, stop the string of dysfunctions before a Geostorm–an annihilating worldwide meteorological phenomenon–obliterates mankind?

Geostorm was a movie that came completely under my radar. I had never heard of it and only the last few days before release i saw the trailer. Usually with VFX heavy blockbusters the hype machine starts work early in order to build anticipation. You would see trailers, previews, interviews etc etc everywhere. That was not the case with this movie. I was even more surprised when i saw the casting. Butler, Garcia and Harris are first rate actors so you would expect at least to have a certain level of quality. Of course we have seen Earth being destroyed multiple times before with multiple ways but it is always fun to see these destruction events. 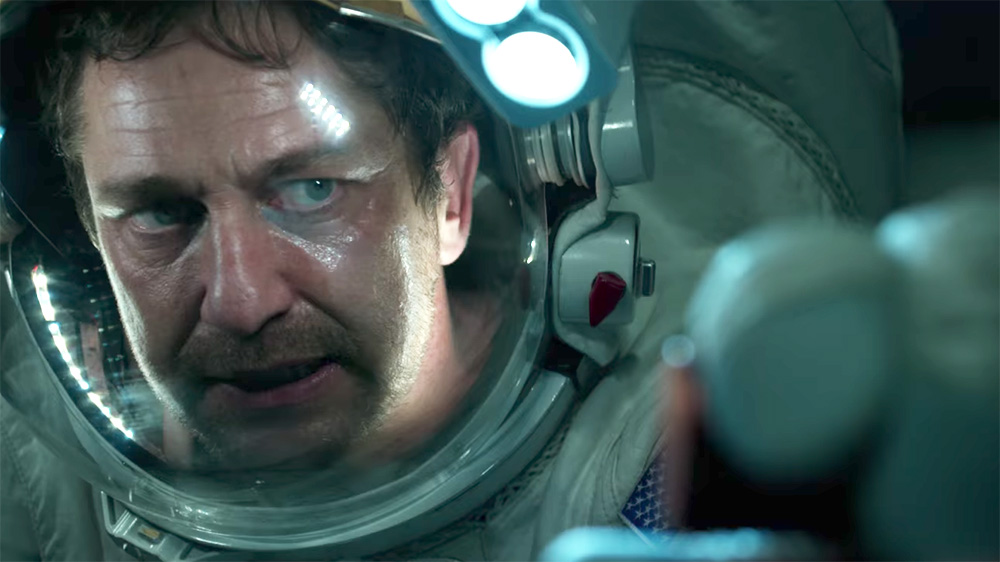 This is one of the movies that i have read so little that i didn’t know what to expect. I hadn’t read how it went in the box office, i hadn’t seen the reviews yet so i was going in with a complete unbiased thinking. So how i felt when the movie ended? I felt that this is a movie i will quickly forget as it offered nothing to make me remember it. Let’s get the obvious things out of the way first. A movie like this is supposed to have good special effects and in this department the movie really excels.

The destruction and mayhem was a real spectacle and in all honesty for such a movie this was expected. But the problem is that we have seen all these before and they didn’t offer anything new to the table. More giant waves, more tornadoes, more electrical storms. Good looking but tired to see more of the same again. One thing i didn’t like is how unbelievable some of the destruction was. Of course with movies like this they always stretch the laws of physics but to have an electrical storm blow up a whole stadium is beyond belief. Or blowing up half of Hong Kong’s pipes but not kill the population due to extreme temperature. Mindless action is sometimes fun but at least try to make it a bit believable. There is none with this movie and no matter how much i tried not to pay attention at times it was too much.

So now that we took the special effects out of the way lets talk about the acting. Gerard Butler is a great actor and one i really like. I have seen a lot of his movies and there is a certain quality and style to him that i like. With him we also see Ed Harris and Andy Garcia. With 3 first rate actors like them what could possibly go wrong, right? And in my opinion this is where the biggest problem of the movie is. This was one of the worse acting i have seen lately even in a big budget special effects driven movie. The way all of them act felt so fake and wooden that it showed that they were trying very hard to get into their roles but with no success.

I have seen a lot of movies of all 3 actors and i know they can act far better than what i saw here. I don’t know if it was the fault of the director or the script but throughout the movie the actors were struggling to behave believable. And to me this brings the whole movie down. I am not expecting Oscar winning acting here but at least when you have 3 first rate actors you are expecting a certain level of quality which to my great surprise was not in this movie.

Story wise the movie follows the standard destruction of Earth by natural causes that we have seen so many times before. But this time it comes with a bit of a twist as humanity has created a space station to control the weather. But when this great technological marvel is used with bad intentions all hell breaks loose. What i liked very much is that you don’t know who the bad guy is and it leaves you wondering until the last act of the movie where everything is revealed. This was a great plus. I like movies that don’t give you the bad guy in your face and leave you scratching your head about who that might be.

For the sound design i cannot say i was greatly fond of but also it did not distract from the movie. The sound effects and the music did not offer anything more to elevate the movie. I would call them just sufficient. 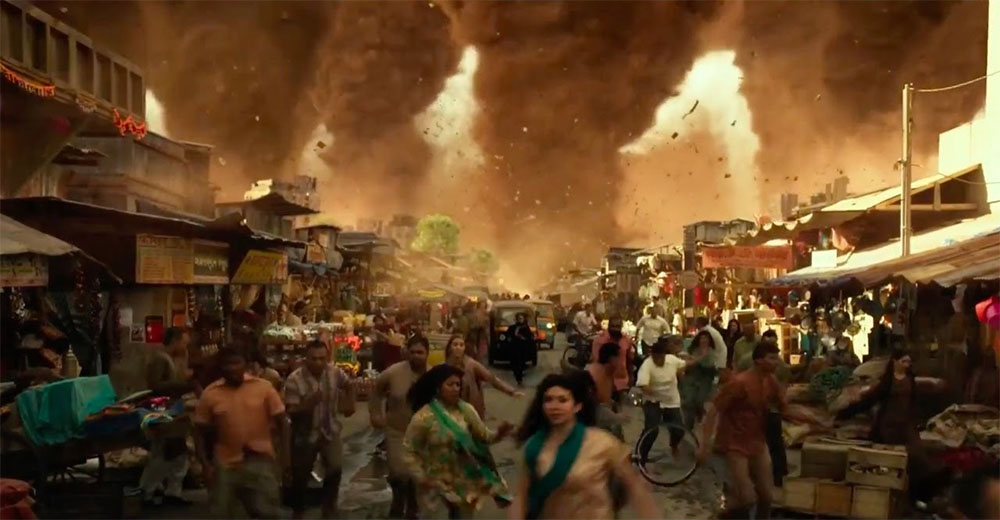 All in all Geostorm is a movie that left me with a bitter taste. It had all the ingredients to be a great destruction pop corn movie with great effects, good actors and an interesting script only to fall down by the wooden and fake acting. If you like destruction and special effects heavy movies then you will for sure find something you will like in this but for the rest it can offer a pleasant viewing or not depending on if you can stand the bad acting and over the top action.

Warner’s 1080p AVC-encoded transfer exhibits all the characteristics of a blockbuster production that is shot digitally showing great amounts of sharpness and superior detail as well as minimal amount of noise. Being digitally filmed is a bit of a double edged sword because if the CGI are not well made the clarity of the picture enhances this. And to some degree this holds true here. Most of the time the effects are good looking and relatively realistic but in a few scenes they show their ugly CGI face. Colors were very good and with a bit of variety depending on each scene like the warm tones of the Rio beach in contrast to the more cold colors with shades of grey and white during the space sequences. From a technical point of view this transfer of the film is great and a good showcase for the now aging Blu-ray format.

The film comes with a 5.1 DTS-HD Master Audio track that is not afraid to throw large amounts of bass to your face. Collapsing buildings, huge tsunamis, thunderstorms crackling and explosions all over the place will not let you, or any of your neighbors for that matter, to calm for a single second as the subwoofer is going into over-drive and calms only with the credits rolling. The type of effects don’t favor very much the surrounds but nevertheless there are instances where you hear them in action. Dialogue is distinct and clear and there is good separation between the front channels.

The movie may be very mediocre but this release is very good even if the quality of the movie is not helping very much. But if you want a good showcase of your system and you subwoofer, Geostorm offers lots of quality scenes to use. 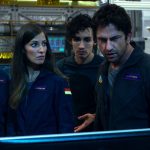 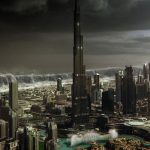 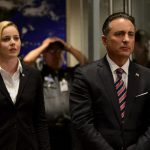 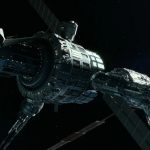