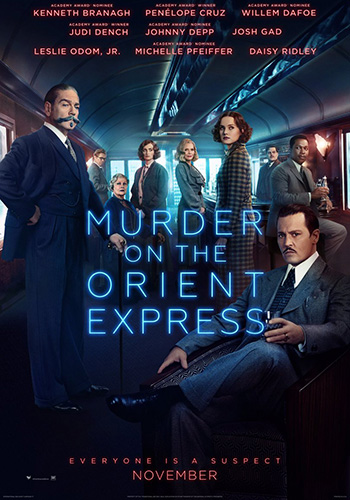 While traveling by train, celebrated detective Hercule Poirot is recruited to solve a mysterious murder case.

The movie begins in Jerusalem where the famous Belgian detective, Hercule Poirot, is in the process of solving a mysterious artifact theft. Having solved the case and the thief in custody Hercule Poirot decides to go on a small vacation in 1934 Istanbul. But instead he will go aboard the luxurious Orient Express for a trip to Calais.

Aboard the train he will meet a group of first-class travelers and an invisible murderer who walks among them unnoticed. While in the middle of their journey the train will be trapped in the mountains by a huge avalanche by blocking the tracks and one of the train’s commuters will be murdered in his cabin in the middle of the night.

This will force Poirot to solve the case where everyone is a suspect. Putting the pieces together one by one Poirot will reach a conclusion that will shake the foundation of his beliefs and make him take some hard decisions that could change the lives of all passengers in order to end the case once and for all.

Based on Murder on the Orient Express by

I was always fond of mystery detective stories. It’s something I always found fascinating not knowing the outcome and keeping you on the edge until the very end. Now i have to be honest here, I never read a single Agatha Christie novel. And this was one of the paradox things since i like good stories like this. So when the movie was announced and I saw how many known actors would participate I was really anxious to see the result. When the movie came out I didn’t know what to expect since I hadn’t read any reviews about it, I went in completely unbiased and since I hadn’t read the book I had no idea how it would end. So was the outcome good enough or it was another mediocre film that will sink and be forgotten in the sea of mediocre movies. Let’s find out. 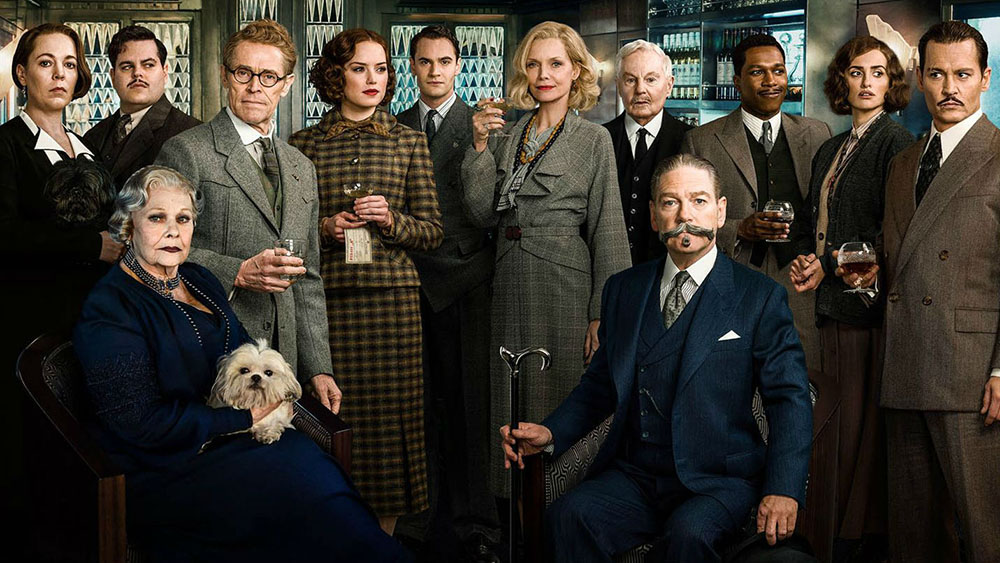 First of all by just checking the list of actors it really gives you the impression that the film makers went all in with the casting. Almost all of them are first rate actors with many academy award winners. I have a feeling that this was a deliberate move from the film makers not so much in order to make the film more attractive to the general audience but rather than to make you more confused of who the bad guy in our story is. Usually when a movie has a few known names and a few less known ones the separation between the good and the bad guys is almost all the time obvious. It’s the natural way of things in film making.

What they did here is to bring first rate actors for all the characters of our story, making everyone puzzled over who is who. For me this was a very clever and brilliant move and if you haven’t read the book as I hadn’t and it will sure keep you on the edge until the very end to find out the outcome. Kenneth Branagh as the famous detective Hercule Poirot is a perfect fit. It feels like this role was meant for him and he acts like he was playing this role for years. Each and every one of the Orient Express passengers really give you a vibe of mystery. You know that they have secrets by the way they act you just don’t know what they are hiding.

The attention to detail in this movie is excellent. The center piece in this movie is the Orient Express train and everything in it feels so alive and real. From the restaurant with the decorated tables to the sitting lounge and the bar to the passengers cabins everything has been designed to the minute detail to depict the train as it was meant to be for such prestige passengers. The same attention to detail as with the train can be said about the character costumes and dresses. The film makers went all out to create designs that really fit with the time period of the film and make it feel even more real.

The special effects are really great and set the mood of the film. Watching the train traveling through the snowy mountains is a feast for the eyes. In an era where special effects have become the norm it’s nice to see a movie that utilizes them when are really needed in order to serve the progress of the film and not just to wow the crowds to sell tickets. The color palette they used is rather wide and create different moods depending on the scene.

You really feel the warmth of Jerusalem in the beginning of the film and the piercing cold in the snowy mountains during the travel of the Orient Express. The sound design is adequate but nothing impressive and this is to be expected as we are talking about a slow detective story rather than an action film. The few scenes that actually have more action like the snow avalanche and when Poirot is chasing a mystery guy on the snowy bridge the speakers become alive and the sound field fills with more layers of sound effects.

Finally about the story. If you have read the book then i guess you know what to expect. But for the rest that don’t know what is going to happen i assure you this movie will keep you guessing till the very end. The story never tries really hard to reveal or to hide details and just let things flow naturally. I like this in particular because it never felt like they tried to push us to any direction and kept me second guessing what was going on all the time.

The movie never felt boring although many may find the first act a little slow until the train starts it’s voyage. For me this was necessary in order to introduce the characters to those unfamiliar with the story. But when the train is on the go things start to move faster until we reach the murder scene from where we go into third gear and the real mystery begins until Poirot manages to solve the case. I don’t know how many differences are there from the book but if we see just the movie without acknowledging the novel i would say the story flows at a very good pace and in no point did I felt that it needed some change to make it better. I am very pleased with that the writers did with the story. 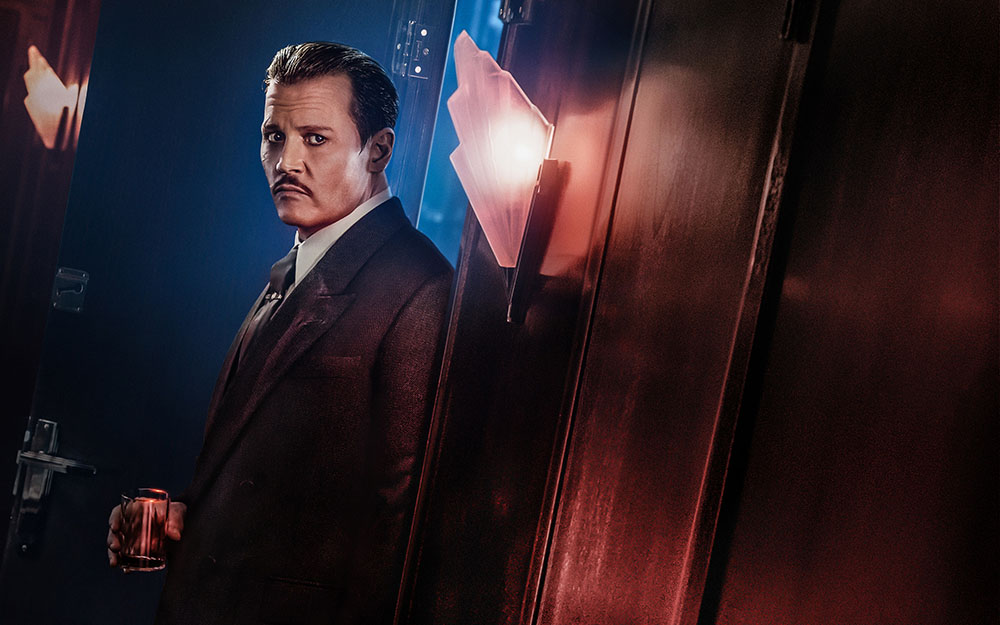 I must admit that this is not a movie for everyone. If you are an action film fan then you may find the slow tempo a bit boring for your tastes. But if you like a good mystery detective film that will keep you on the edge of your seat until the very end then this is a must watch. In this category a good film is the one that will keep you guessing until the very end and in this area the film really excels. I felt in love with the characters and I would definitely like to see more adventures of the famous detective Hercule Poirot. Highly recommended.

Murder on the Orient Express comes to 4K UHD with an amazing 2160p resolution, HEVC / H.265 presantation from 20th Century Fox with an aspect ratio of 2.39:1. One of the first things that become immediately apparent is how detailed and sharp the image is. The film was finished with a 4K DI which may also come into play when it comes to such image clarity.

The film has amazing environment and costumes design and the improved resolution helps to bring out all small details on surfaces like skin, costumes and surfaces. Colors are also improved and although we are talking about a relatively dark film, it manages to mix the two in an amazing way with night shots having a blue hue to them giving an almost surreal feeling. There is no Dolby Vision here as we have to settle with the basic HDR10 but even like this the film creates such amazing highlights and dark scenes that we have no problem to settle with the basic HDR format. 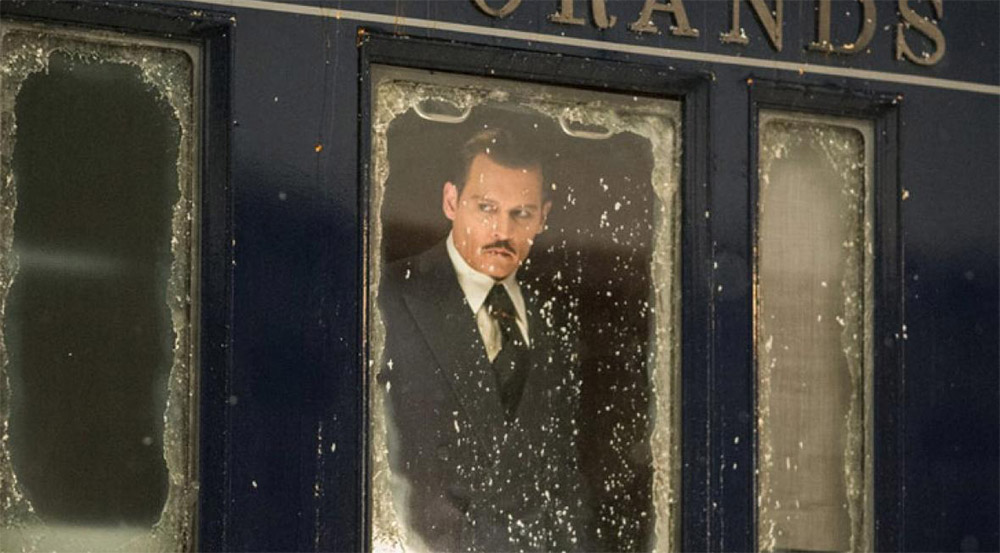 Along with the excellent image we get an amazing Dolby Atmos mix that may not be as punchy and bombastic as some more action oriented films but it manages to provide more depth both behind and above us as the added Atmos effects make this presentation feel more full and interactive. Atmos effects are not so much on the face but they add a certain subtlety creating an eerie atmosphere especially during nighttime shots. You wouldn’t expect such a film to get such an amazing mix but the one that comes with this film is just that…amazing.

In total the 4K UHD version of Murder on the Orient Express is the best one yet with amazingly sharp image, vivid colors, nice HDR and a Dolby Atmos track worthy of an atmospheric film like this. 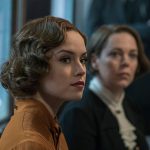 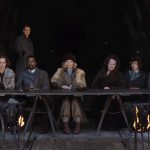 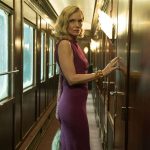 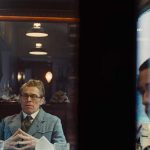