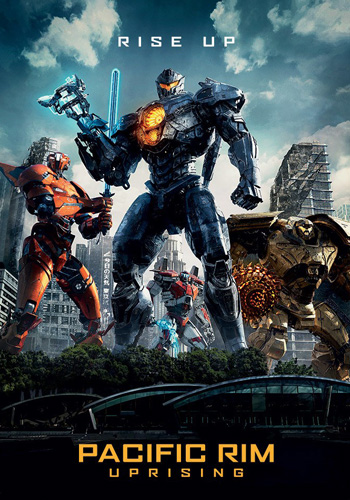 Ten years after the Battle of the Breach a new Kaiju threat appears. Now it’s up to Jake, the son of Stacker Pentecost, along with Mako Mori and experienced Jaeger pilot Nate Lambert to lead a new generation of Jaeger pilots in order to save the world from total destruction.

Ten years after the Battle of the Breach where humanity defeated the Kaiju monsters and sealed the entrance into our world, Jake Pentecost makes a living by dealing Jaeger parts for food. While being in a decommissioned Jaeger scrapyard in search of a Jaeger core he finds that a girl called Amara Namani got the core before him. After a brief chase the authorities find them and by piloting the Jaeger she built the two escape briefly before being caught by Pan-Pacific Defence Corps Jaeger, November Ajax. Mako gives Jake a second chance by rejoining the program and training new Jaeger pilots.

Jake and Amara are send to Hong Kong Shatterdome to meet the other cadets and begin training. The Shatterdome is being visited by reps of the Shao Corporation in order to present their plan to deploy Jaeger drones around the world something that is viewed as a threat to the PPDC program. Hermann reunites with Newt and shows him his plan to create thruster pods with the help of Kaiju blood. In the meantime Mako authorizes Jake to co-pilot Gipsy Avenger at the upcoming Sydney meeting.

In Sydney Gipsy Avenger confronts Obsidian Fury, a rogue Jaeger, and during fight Mako is being killed. Upon returning to the PPDC Jake helps Amara in her training while at the Shao headquarters Newt learns that the drone program has been authorized and upon returning home he drifts with a Kaiju brain. Herman deciphers part of Mako’s final message making Jake and Nate take Gipsy Avenger to Zemlya where they face and destroy Obsidian Fury only to find it is operated by a Kaiju brain. Upon inspection they find a Shao logo in it and because of some acid burning a cadet’s arm Amara is kicked out of the program.

The drones being taken over by Kaiju brains start attacking, killing many and wrecking most Jaegers while they open Breaches for more Kaiju to invade our world. Liwen shut down the drones but three Kaiju manage to enter the portals and start heading for mountain Fuji in Japan in order to create a violent reaction that would destroy humanity. The PPDC repairs the Jaegers and fight back the mega Kaiju after the merging of the three smaller ones but take heavy casualties. Using Gipsy Avenger to ram it from high attitude Jake and Amara escape with the help of Scrapper and kill the Mega Kaiju by cutting it in half. Jake and Amara celebrate their victory while Jake promises to Newt that next time humanity will strike first.

In 2013 Guillermo del Toro gave us a film that was a dream for many fans of this type of movies. Giant robots fighting giant monsters. Although with the advance of technology in the last decade it was not the first time we saw a CGI effects movie with huge monsters the film was so masterfully created that was really one of a kind. And with the mastery and attention to detail of Guillermo del Toro the final result was enjoyable and a roller-coaster ride that you didn’t want to finish. Nevertheless the film enjoyed only mild financial success leaving it’s sequel in question.

Fast forward 5 years and we finally get the much talked sequel. Not everything was smooth during development as a lot of changes had to happen due to the movie just breaking even in the worldwide box office. China being one of the biggest markets of the first film played a bigger role in the film hoping to capitalize on it’s success there. Guillermo del Toro also didn’t return for the sequel resulting in Steven S. DeKnight taking his place and making his directorial debut. Usually when such a successful director does not return for the sequel means only bad things for the film.

But we have seen many times in past this happening and the sequel would enjoy similar success so I kept positive and since the film retained a very high budget similar to the first movie this would mean that at least in the action part it would deliver. So after recently viewing the film for the first time what did I thought about it? The film gives you a sense that the producers had a checking box list that they had to fill. It doesn’t give you the feeling of the first movie that to me at least it felt unique and it gave you something that no other movie had to offer.

Part of this I believe has to do with Guillermo del Toro that was in full control of the original film. Now that he stepped down for the sequel the people that took charge only tried to replicate what was already there giving us more of the same without the special sauce that made the original such a great film. With all the Godzillas, King Kongs and Transformers that we got the last few years Pacific Rim: Uprising feels like another of these movies that gets lost in the sea of effects heavy films. I have a feeling that many years from now a lot of people will remember the first Pacific Rim but few will remember it’s sequel.

Having said the above I cannot say the film is bad. On the contrary I admit that I enjoyed it very much and as a huge fan of the original I can say that the film retains it’s DNA from the original film just not as good as we would hope for. Obviously when you go see a movie like this you expect to see a lot of action between the huge metal Jaegers and the menacing Kaiju monsters and in this regard the film more than delivers. Action scenes are plenty and well spaced out throughout the running time of the movie never making you feel bored. There are a few instances where dialogue is longer than it should but it never bothers in such an extent to become frustrating.

The film takes what had been established on the first film and expands upon it as far as the Jaegers and Kaiju monsters is concerned. We get new Jaeger designs, new Kaiju monsters, new locations and in general nothing is kept from the original in trying to make the content of the film feel fresh. In this regard I think they succeeded offering something you hadn’t seen before. But the biggest flaw that I see is that although they try to offer something new in it’s core the film feels like a glorified Transformers film. Loud, pedal to the medal action and total destruction is the main attraction leaving little space for anything else.

The CGI effects are good but in my eyes they look a bit more fake than in the original. In the first film each Jaeger gave you a sense of size and weight with every step, every movement they made and every action they took. Here it feels like you take part in a video game with them flying around and being tossed away like toys. We saw this in the original also but the way it was executed made these huge metal beasts feel real. Not so much here. And that’s why I feel that this in part comes down to the director choices. Guillermo del Toro directed the action scenes in such a way that although fake they made you feel like they have actual weight and mass in contrast to what we got this time.

For the sequel we get a mix of new and old actors withthe characters of Mako, Hermann and Newt returning while we get new actors in the leading roles with John Boyega and Scott Eastwood as experienced Jaeger pilots and Cailee Spaeny as a new cadet. I have to say that I liked the actors chosen for the new roles as none of them felt out of place but again it gave me a feeling like the acting in general was a small step back from the original. Nothing specifically bothered me but in general it was not up on par with the first film.

Personally I was pleased with what I saw. Everything was good but the problem is that even though it’s good the film never reaches the quality of the original film in any aspect. The acting is good but not great, the special effects are good but at times they feel more like video game than realistic and action is good but nothing we haven’t seen before in so many other similar films.

It was clearly a film that was made with a checking box list instead of creative freedom and this is it’s biggest flaw. Unfortunately box office earnings reflect all the above and the future of the franchise is more than questionable. But until they decide if there is a future in this Jaeger/Kaiju war this film is good enough to keep all the fans entertained.

Pacific Rim: Uprising arrives in a 2160p, HEVC/H.265-encoded UHD disc and while it’s digital intermediate (DI) was finished in 2K as per standard in all CGI heavy movies, meaning this is an upscale, the end result is more that astonishing. Texture details, clarity and raw detail definition is as good as it can get and a clear improvement over the 1080p encode of the Blu ray disc.

Movies like this present a huge number of elements both organic and mechanical like the Kaiju skin and blood as well as the Jaeger metal bodies, energy weapons and Jaeger cockpit holograms and all of them show an exceptional level of detail and precision. HDR also helps with color saturation and intensity creating an image that is of reference quality. A movie like this is full of rich and vibrant colors making things easier for HDR to show it’s true capabilities. The UHD disc supports HDR10 but also Dolby Vision for those with equipment that supports it.

As with the image, the Dolby Atmos track that accompanies the disc is almost of reference quality. The audio track proves that is capable of providing a layer rich sound field not only in action oriented scenes but also in more calm scenes like the Jaeger scrapyard where the ambient metallic sound effects create a three dimensional effect making you feel like you are right there inside these huge metal beasts.

On the other hand when the action kicks in there is so much audio information passed to the speakers that it grabs you by the hair and never lets you go until the end. Jaeger footsteps, Kaiju screams, projectiles flying around, building collapsing, destruction and explosions everywhere all of these and much more will make your home cinema work overtime and create a truly magnificent result. 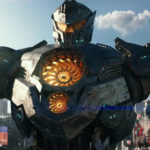 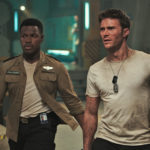 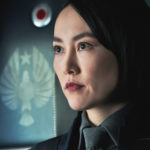 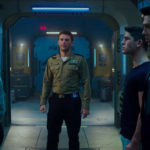