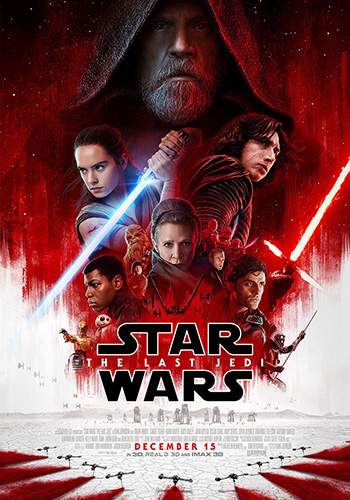 The First Order hunts down the last remnants of the Resistance and prepare for a final battle that would end the war once and for all while Rey is being trained by Luke Skywalker who is unsettled by her growing powers.

First Order is hunting down the last remnants of the Resistance. While the rebels are evacuating their main base the full force of the First Order Fleet is ready to give the crushing blow to the Rebellion. In a desperate attack the rebels destroy the First Order’s dreadnought but take heavy losses as they jump into hyperspace. Meanwhile Rey tries to convince Luke to train her but he seems unwilling to do so due to his earlier failure to properly train Ben “Kylo Ren” Solo and the destruction of the Jedi Academy.

The Rebels decide to travel to Crait and make their final stand there. Rey, after finding out the story between Ben Solo and Luke, has a brief fight with him and decides to leave Ahch-To and is taken prisoner by Ben to be delivered to Supreme Leader Snoke. Rey and Ben face Snoke and his bodyguards managing to kill them all meanwhile Holdo trying to save the last remaining Rebel transports rams the command ship at light speed destroying a large portion of the First Order’s fleet. The Rebels make their final stand on Crait where Luke Skywalker fights Ben and gives the rebels enough time to escape and keep the spark of the Resistance lit.

Star Wars: The Last Jedi finally came out to home media and the verdict is out for this new installment of the long running Star Wars Saga. Episode VIII continues from where The Force Awakens ended with Ray finding Luke Skywalker and the Rebellion being hunted fiercely by the First Order fleet. With the departure of George Lucas the new trilogy is a completely different beast from the previous two trilogies and this is quite apparent from the beginning of viewing each film. From the mood and the pace you can understand that something is different even if it’s not very obvious what it is.

When Disney bought the franchise in a block buster deal the sense was that they wanted to expand the story beyond the currently established characters. But to do so they had first to find some closure with the current set of characters we all know and loved all these years. With Episode VII they closed the story of Han Solo so it seemed that this was the time for Luke Skywalker’s story to end.

I will not give any spoilers in case of some of you haven’t seen the movie yet but I can definitely say that I was expecting a bit more and in the end it felt a bit underwhelming on how they decided to close the story of the most iconic character in the Star Wars saga. There were definitely better ideas to create a more epic closure that would make justice to the character than what we got here. As for the other characters i definitely like how they are handling the character of Ben “Kylo Ren” Solo.

With Darth Vader we had a pure evil character that turned only in the last few minutes of the final film of the original trilogy. Here we have a character that doesn’t have the best skills as we have seen both Rey and Luke being able to face him and he is split between good and evil creating an unstable character with unpredictable behavior. This can result in some very interesting writing and the result remains elusive as it can go both ways in the end. 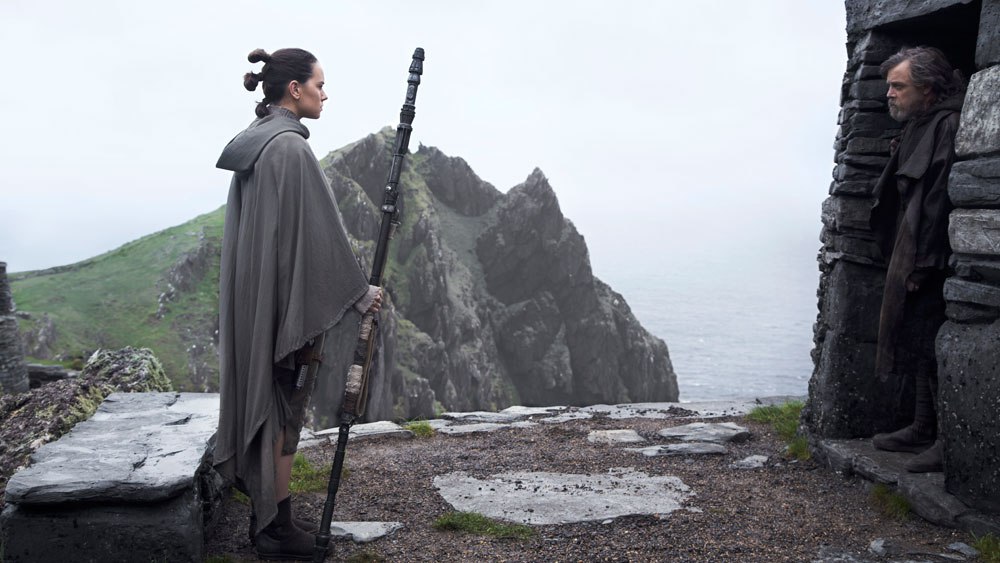 With Rey things are a bit more straight forward as she tries to learn about her new powers that make her feel overwhelmed and scared at times. The character of Fin is the most puzzling to me as I still try to understand what they are trying to do with this character. He doesn’t seem to have any powers, at least they haven’t shown him having any nor has he any blood connection with any of the other characters so for me it will be very interesting to see what they will decide to do with him and what is his purpose in the story.

The only character that in my opinion was badly written was General Hux who felt very goofy and out of place at times. Every time he was speaking it felt like Domhnall Gleeson was overacting and felt unnatural for being a character of such high caliber. I saw this in Episode VII and here is even more obvious. 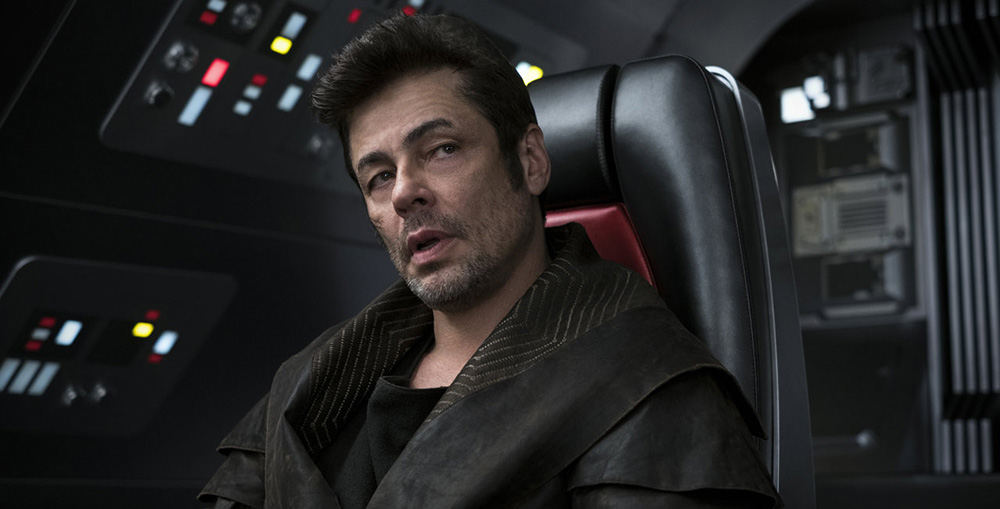 Last but not least Carrie Fisher gives a satisfactory performance as our favorite General Leia Organa although I must admit that it feels a bit wooden and she is not into her character very much something that was also obvious from the previous film. Nevertheless it is sad that she will not be around for the next installment and it will be very interesting to see how they will justify her absence in the next part.

As for the film itself it certainly has it’s ups and downs. The action is great giving us two big battle scenes, one in the beginning with the Rebel bombers attacking the First Order fleet and one towards the end of film on planet Crait. Technically everything is spectacular as a film of this magnitude should be. Every set, planet and scene provide great visuals and if have the ability to watch it in 4K with HDR then you will be in for a treat. Similarly the sound design is excellent. Every explosion, every blaster and laser can be heard individually and if you own a good home cinema system prepare to be engulfed in a very rich sound field where every speaker is working overtime in the most  busy scenes.

What I found bothering in the whole film are two things. First of all the amount of humor they tried to fit in, making it a bit awkward at moments. More or less all Star Wars films always had more light and humorous scenes and moments but here it felt really out of place at moments. I don’t know if this was due to bad writing but it felt disconnected to the flow of the movie.

My second objection has to do with certain scenes that made my eyes roll more than once. Once such scene has to do with General Leia for anyone who have seen the movie and will understand what I am talking about. Other scenes involve dialogue between characters that felt very cliche and fake. I guess this definitely has to do with writing as the actors perform good overall and I had no objections with their acting in most scenes. But it was the first time I was rolling my eyes over some Star Wars scene in any of these movies and this reveals the change that is happening from when George Lucas departed. 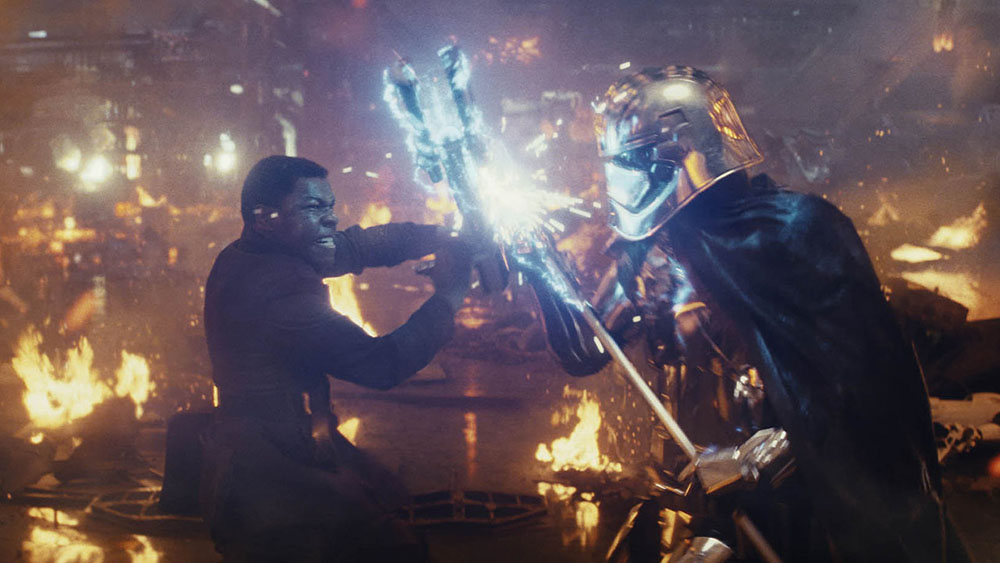 Star Wars: The Last Jedi is a film with strengths and weaknesses. What is technically an almost perfect film it looses a few points due to not so solid writing. Also the jokes feel a bit out of place and being forced into the story. If you add a few very controversial scenes that the film makers could avoid overall then you get film that is great but not perfect. This is a must have for all Star Wars fans and a very good recommendation for everyone else that want to see a good sci-fi film.

Star Wars: The Last Jedi enters the 4K UHD arena with this amazing 2160p, HEVC / H.265 version that comes with a 2.39:1 aspect ratio and includes both HDR10 as well as Dolby Vision for those with the necessary equipment. The film was shot in film and thus retains a nice natural look while grain although a bit more pronounced due to the increased resolution it never bothers but on the contrary helps to retain it’s filmic look. Clarity and sharpness are top notch and the best we have seen in any version of this film revealing much more details on the surfaces and character’s skin while texture fidelity is amazing.

Colors feel more vivid than any other version as Dolby Vision helps to create a more wide color palette. A film like this can really take advantage of HDR as lightsabers, blasters and explosions feel almost three dimensional.

The accompanying Dolby Atmos track will fire on all cylinders to make you feel like you are truly there. There are so many things we could say but none will make it real justice. We are talking about pure acoustic mayhem as there is an amazing amount of surround activity even if the overhead layer is not so active as we would like. Sound effects like the characteristic buzzing of the lightsabers feel like they will cut through your screen while the battle scenes provide the necessary blaster fire, lasers, projectiles and destruction effects you desire. If you have a good quality subwoofer then you will definitely enjoy the ample bass it provides in any given scene.

The UHD version of the Last Jedi is a real masterpiece and one of the best examples of what this new format can provide. It is not perfect but it comes damn close and if you have a 4K capable home theater then you have to make yourself a favor and buy the UHD edition and dive yourself into it’s spectacular world. May the force be with all of us! 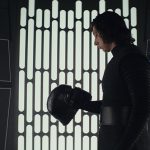 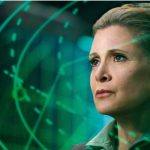 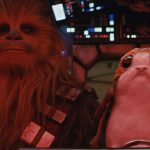 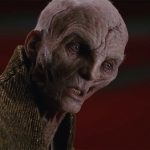