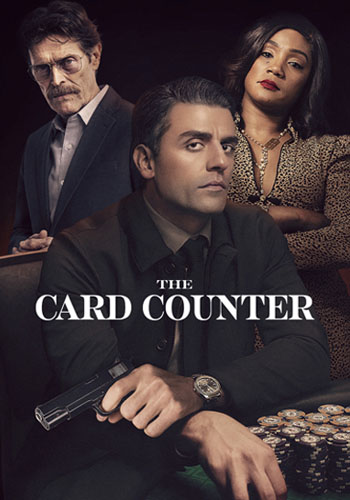 Following eight years in military prison, William Tell earns a living counting cards. When his haunted past catches up to him however, it becomes hard to stick to the card tables.

William Tell (Oscar Isaac) has spent eight years in military prison. During that time, he learned how to count cards in blackjack –– giving him a means of earning money once he’s out. Now free, Tell practices a philosophy of “betting small” and winning modest amounts, as well as moving from one motel to the next, all to avoid detection or trouble. As he goes about this quiet but profitable new life, he grows close to La Linda (Tiffany Haddish), who represents a group that invests in gamblers.

While practicing his card-counting scheme in Atlantic City, Tell stumbles across a conference at which the military leader Major John Gordo (Willem Dafoe) is giving a talk. Tell eventually leaves, but not before he’s spotted by Cirk Baufort (Tye Sheridan) –– a young man who recognizes Tell as William Tillich. As Baufort is aware, Tillich –– Tell’s true identity –– was sent to military prison for his role in torture and interrogation at Abu Ghraib.

As a reminder for those who may not be fresh on the history, the Abu Ghraib prison was a U.S. detention center for Iraqi prisoners in the mid-2000s. It was ultimately investigated for rumored abuse of prisoners, and 11 U.S. soldiers were criminally convicted. In The Card Counter, Oscar Isaac’s character is meant to represent one of those soldiers (though he is not a direct characterization of any one man).

Meeting with Cirk Baufort, Tell learns that Baufort’s family was effectively shattered by the fallout from Abu Ghraib. Cirk’s father Roger was a soldier at the prison, and was punished for his role in similar fashion to Tell. Where Tell emerged counting cards however, Roger Baufort had become a violent addict, destroying the family and ultimately committing suicide. For this reason, Cirk is on a mission to kill Major John Gordo –– an officer who was responsible for some of the activity at Abu Ghraib –– and wants Tell’s help with the mission.

Seeking to avoid further violence and trouble, Tell instead offers to more or less take Cirk Baufort on as his gambling protégé –– the goal being to earn enough money for Cirk to pay off family debts and go about his life comfortably (and, as they discuss, return to school). Rather than attempt to do this through further blackjack card-counting however, Tell decides to take on the World Series of Poker.

Notably, this does not mean attempting to win a massive sum at a single, huge poker tournament (as we’ve seen so many characters do in so many films). The real World Series of Poker is a seven-week tour consisting of many tournaments, and thus opportunities for players to build up winnings more gradually. This is more or less what we see Tell and Baufort attempt, with a reasonable amount of success. Tell is ultimately able to give Baufort $150,000 to set his life straight. Tell then settles back into the life he’s building for himself, establishing a romantic relationship with La Linda and advancing further in the WSOP.

Just as we seem to be on the cusp of a happy ending however, Tell learns that Cirk Baufort has gone to kill Major John Gordo –– only to be killed, apparently, in the effort. This leads Tell himself to visit Gordo, at which point he reverts to the soldier from Abu Ghraib. Tell tortures and murders his former officer, reports himself to the police, and heads back to military prison.

He is visited by La Linda as the film ends.

Full disclosure: This author is not a huge fan of casino and poker films. On some fundamental level, they all seem more or less the same, such that while some are of course better than others, I find that they ultimately blend together in an unremarkable hodgepodge of cliched gambling tropes.

The Card Counter was not among my very favorite films of 2021, but it is different –– and better –– than most movies I’d include in the characterization just given. I’ve thought about why that is, and determined that The Card Counter stood out positively for three reasons.

The first is that the William Tell character is largely unconcerned with gambling. He’s good at it, certainly, and he does intend to use it to build a new life. But he’s not in it for the excitement of raking in chip heaps or mastering the cards. Indeed, his very philosophy of betting small speaks to a certain detachment from the games.

A review at Thrillist concluded that this is an “uncomfortable, meditative movie about guilt, risk, retribution, and the way America operates.” And really, it seems to me that those are the things on Tell’s mind. Yes, he gambles, and yes he’s very good at it. But he’s not just another character who can’t get away from the tables; he’s using them as a distraction from what’s really on his mind.

The second reason this film stood out against so many other card and casino movies is that it absorbs the “just can’t quit” theme and applies it to something wholly separate from card tables. Most every major gambling movie is, on some level, about the protagonist’s (or usually, antihero’s) inability to walk away. We’ve seen these characters mess up relationships, fall into debt, lose jobs, lose fortunes, sustain personal injuries, and more, only to see them crawl back to their games of choice.

In The Card Counter however, there’s never much suggestion that William Tell can’t do without his gambling. In the end, it’s his past that has its claws in him, more than the tables. The typical final scene in which the gambler chases one more big score is replaced in this case by Tell drifting back to his own, personal past life. It’s a smart way to upend the cliché; the movie is grounded in that same sense of inevitability that pervades most gambling movies, but it plays out in a wholly original way.

Third, it has to be noted that this is to some extent a courageous film. Far too often, American cinema has sought to sugarcoat or ignore problematic events abroad, if not glorify the United States’ role in devastating conflicts.

The Card Counter may not go far enough for some in the opposite direction (Tell is our hero, after all), but it does at least shine a light on horrible history that would be more convenient to ignore. Doing this through a film that is ostensibly about card counting and a World Series of Poker run was also a creative way to get people to pay attention, in theory.

On top of these positives, it should finally be noted that The Card Counter is also an extremely well-acted film. Entertainment Weekly theorized that the movie was “too bleak for the Oscars,” and that may well be right. But Isaac at least gave a performance that was worthy of Academy Award consideration.

Dafoe, Sheridan, and Haddish were excellent in smaller roles as well. I found it to be one of those movies in which everyone (save for Isaac, who leaps off the screen) is so natural and effective that you don’t think about it at first. It was only after a few days that I looked back on The Card Counter and thought of how excellent the supporting work really was.

All in all, I’d rank this as a well-made film worthy of your time –– and possibly a rewatch or two. It’s not exactly a happy hang, but it’s a powerful one.

The Card Counter comes on the Blu-ray format with a very solid 1080p resolution, MPEG-4 AVC transfer courtesy of Universal. It comes with a 1.66:1 aspect ratio and is supplemented by an equally good DTS-HD Master Audio 5.1. Unfortunately there is no 4K UHD release for this film yet which is not all that surprising given the low budget nature of the film.

In terms of picture quality Universal did a really good job with this aging format. Fine details and overall resolution is pretty high with a lot of elements being very distinguishable. Clothes, material composition, skin imperfections are all there visible for your eyes to see.

A lot of the locations in the film, particularly the casinos and the hotels within, offer plenty of visuals to look at and video is clear of any major compression that would make all of this being lost.

Colors are equally good and while we don’t have the usual HDR and wide color gamut treatment here, it still came out very good with vibrant and natural shades. Black levels were respectable and colors tones were satisfying for what this medium can do. Overall having been used to watch in 4K UHD we can say that this Blu-ray release will give you a very nice presentation, indicative of what the Blu-ray format can do.

On the sound front, we get an equally solid DTS-HD Master Audio 5.1. Again having been used to all these Dolby Atmos and DTS:X tracks it was a pleasant surprise to hear how good this one performed. Given that this is not an action oriented film, the audio mostly focused on its main dialogue that was supplemented by the nicely inserted ambient sounds.

During the casinos scenes it really felt like you were there as you could hear the sounds surrounding you from all the poker tables in the room and the people going by around the camera. It is a carefully mixed track that you wouldn’t expect to find in such a low budget production.

Overall we can say that we were very impressed by this Blu-ray release. It may not be reference material but surely is one very solid production and brings out all the best elements of the film, and then some. 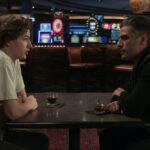 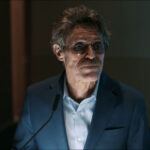 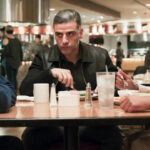 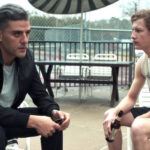