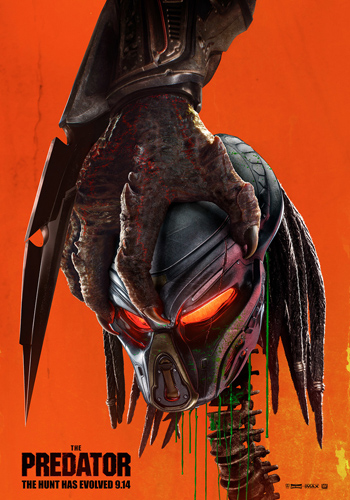 A military sniper joins a group of ex-soldiers along with a disgruntled scientist in order to save his son from a genetically enhanced predator that came to Earth to find what was stolen by an inferior type of his own kind. Now as time is running out the fate of the human race rests in their hands.

Military sniper Quinn McKenna during a mission in Mexico faces a predator that crashed into the forest. A government team led by Will Traeger manages to catch him while Quinn sends some of his equipment to his ex-wife and son. Rory finds the package with the predator’s things and while messing with them they activate making a genetically enhanced predator to lock on to their position.

Casey wakes up in a motel with the other guys and they convince her to stay with them in order to find the predator who they believe will go to Emily’s house where Quinn sent his equipment. Rory goes on trick-or-treating with the predator mask only to blow up a house after the guy that lived in it threw something to the mask.

After a confrontation between the team, the predator dogs and the fugitive predator, ultimate predator finds them and a quick confrontation between the aliens takes place when the ultimate smashes fugitive’s face. Traeger believes that finding Rory will help them find the ship and ultimately find what fugitive stole. After he confronts the team they take Rory with them while Quinn and his gang follow.

Everyone arrive at the fugitive’s ship but ultimate predator kills Traeger’s men and destroys the ship. After confronting him in the woods the predator takes Rory with him in his ship and Quinn goes after them. After managing to crash down his ship Quinn faces the predator and with the help of Casey they manage to kill him.

Sometime later Quinn go to a lab where he, Rory and Dr Yamada open the cargo that fugitive predator had stolen only to find a powerful armor called the Predator Killer.

There are no other two franchises that have shaped modern sci-fi monsters films like the Alien and Predator films. Both of them became known in the 80s and although none of the films became the gargantuan box office successes that we are used to see today from films like Marvel they are both considered classic and they have shaped a whole new generation of filmmakers. Time and time again we have seen new sci-fi films that have influences from these two iconic monsters and while their first films have launched into the stratosphere of classic cinema the same cannot be said about their most recent sequels.

The Predator franchise had the most bumpy road with the first part remaining the best in the series with Schwarzenegger in the main role. The first sequel came in 1990 with a complete different setting and mixed reviews while the last time we saw these creatures was in 2010 in “Predators” from Nimrod Antal and Robert Rodriguez which in our opinion still remains the best sequel that tried to catch some of the essence and spark of the original success. 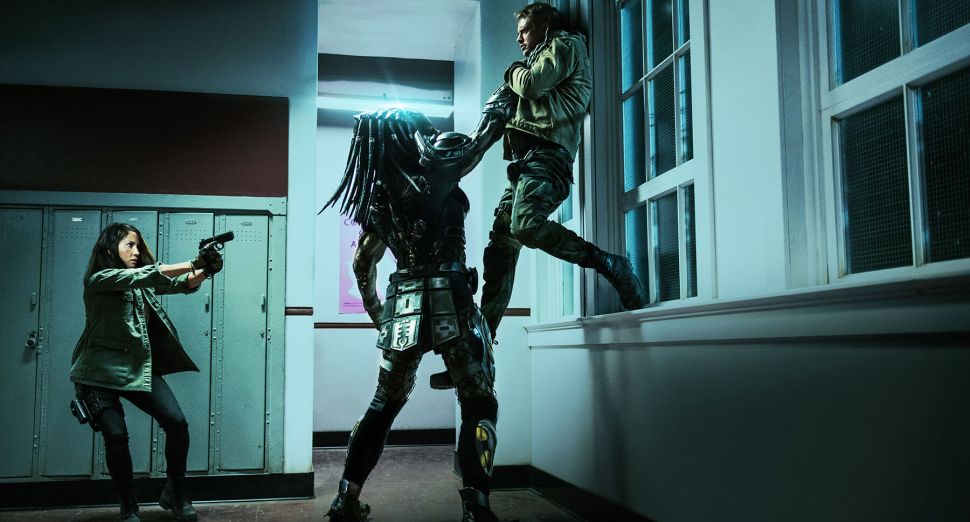 And so we reach 2018 where the next chapter in the long running franchise arrives with “The Predator” and this time behind the help we find Shane Black, of Iron Man 3 fame, and a member of the original cast that has turned director nowadays. Getting Black in the director’s chair seemed like the right choice, after all Iron Man 3 made over a billion dollars for Marvel so getting such a high caliber director would at least ensure a certain quality. But during filming the first alarming signs seemed to appear. Extensive re-shoots, scripts rewrites and multiple ending shoots only revealed of a troubled production. Nevertheless most were optimistic that Shane Black would deliver.

And so the film finally released and it proved to be more controversial than most people expected. But let’s take one thing at a time. The film is supposed to be a sequel to the previous films with a group of “looney” ex-soldiers being caught in the crossfire of a genetically enhanced predator that is hunting a fugitive predator with a stolen cargo. The story in itself doesn’t sound very bad, it’s actually the way it was executed that created a mess of a film. With so many problems, re-shoots and re-writes one thing seemed pretty clear from the beginning. The filmmakers didn’t know what they wanted to do with this film and which direction they wanted to follow.

Evolution and progress is a given and with so many sequels already it was natural that they wanted to try something new but in all these cases you must know how much is too much. The original predator film was a serious military action film with a group of special forces soldiers taking on the alien in the jungle. This macho style of film led by iconic actors like Schwarzenegger and Ventura while the film tried to be as realistic as possible, taking into account the context of the story of course, were the two main pillars of making it work.

With “The Predator” unfortunately the filmmakers changed too much of it’s DNA turning it only a shadow of it’s former self. One of the thing that really bothered us was the amount of jokes that were flying around constantly giving the film a much more light, even silly at times, feeling. No suspense, no horror, no thrills. Just action scenes that make no sense, silly jokes thrown all over the place wrapped around a badly edited story. The core of the predator films is the horror of being chased by an unseen deadly alien that can appear at any minute. 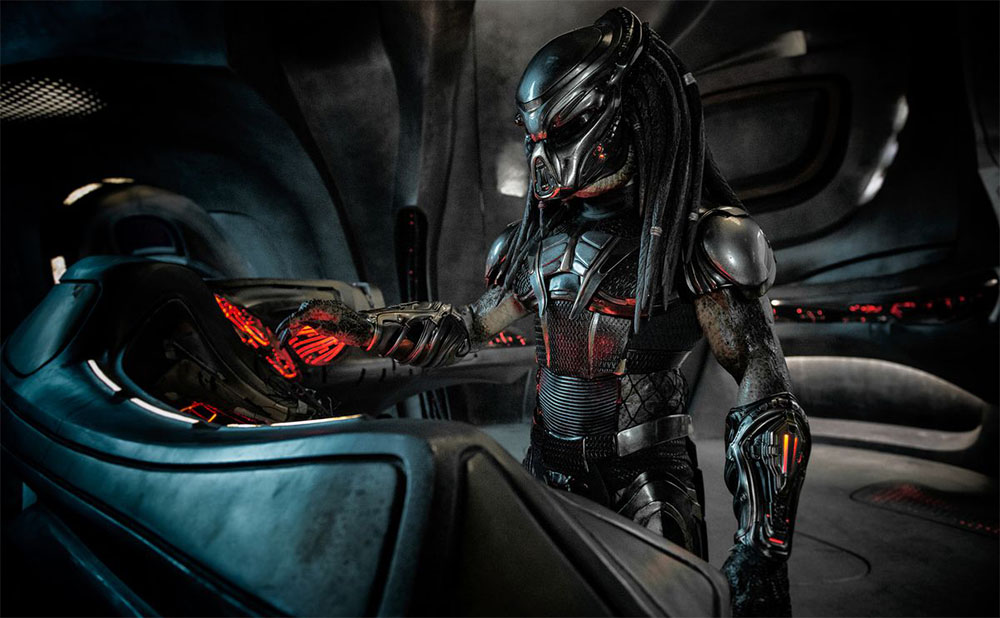 Here they lowered all this into a simple comedy action film with scenes that make no sense due to extensive re-shoots and a lot of scenes where we were rolling our eyes due to stupid moments that should never be in such a film. Seeing Rory McKenna in the lab towards the end of the film working on the predator mask was a moment that should never be included if the film wanted to have any sense of seriousness. There is no place for a child to be working on alien equipment in a highly secret military facility, period. And we will not start describing the very end of the film since we don’t want to give away spoilers which made us go into facepalm mode for the next half hour.

As for the acting we would say that the main casting was rather good for what is worth it but the problem was not the actors used in the first place. Boyd Holbrook and Olivia Munn are in the leading roles and while they do the best they can with the script they have they don’t have the weight of Schwarzenegger or Ventura to stand in such a film. Casting in general was the least of the problems of the film as the actors didn’t have much to work with. 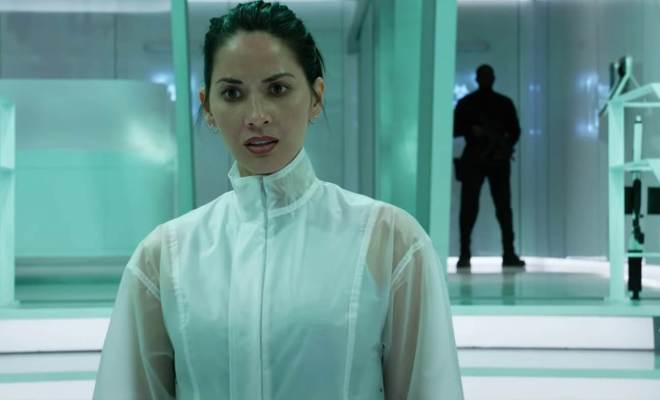 Technically the film was a mixed bag. Such a film was natural to rely very much on CGI but there are many shots and especially when we see the predator in the jungle where he looks very fake and computer made. Most of these complaints have to do with the ultimate predator as his size wouldn’t allow for a normal actor to wear a suit and thus making special effects a necessity with the result being mediocre at best. Other shots fair a bit better as in the final act during the spaceship shots.

Sound effects are plenty and this was a given for an action heavy film like this and if you have a good sound system then the immersion level goes way up during the confrontation with the aliens. For the fans of the previous films there are many familiar musical notes here blended with new music to give some familiarity to those that loved Alan Silvestri’s original score. 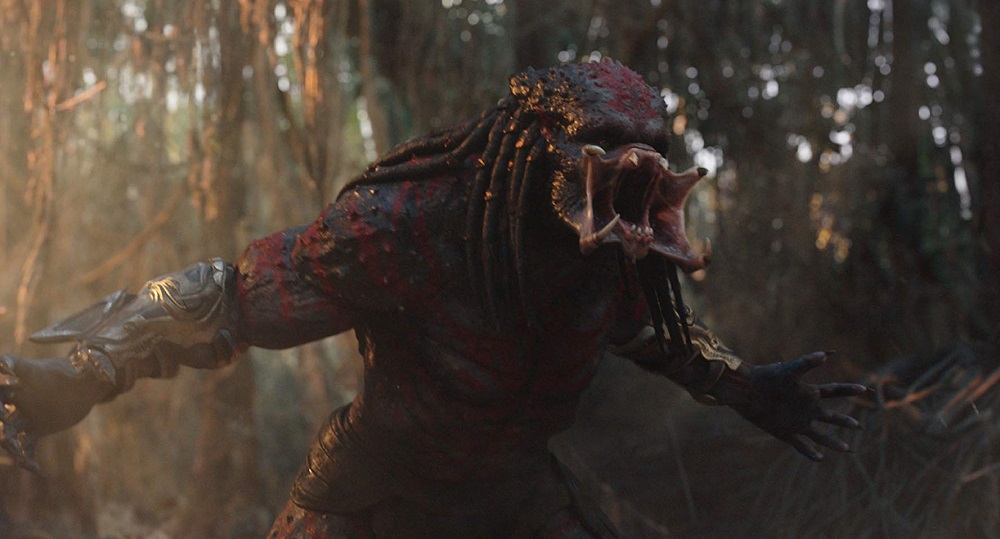 Closing this review the author feels only huge disappointment. On one hand we wanted to love this film a lot as if you dig deep into it’s story you can find elements that could really make it work. The genetically enhanced predators was a nice idea that they could develop more while capturing a creature like this was the main focus from the predator 2 and they could also develop this so much better. Ultimately what brought this film down crashing and burning was that it took itself very lightly with all the jokes and funny moments. What should have been a hardcore action horror film turned to be a comedy action film that could easily use a different monster than the predator and no one would care much. Combined with many scenes that simply don’t make any sense or that would make your eyes rolls until they hurt is what summarizes the whole experience.

Shane Black had a real opportunity here. Nimrod Antal’s “Predators” was a good starting point and they could take what was made there and improve upon it as the basics were already in place. Instead they tried to go for something completely different and in the end they changed it so much that very little remained of what reminded us of this iconic monster. And the result for sure will either infuriate the fans or leave them skeptical if there is any life left for this monster that we loved so much in the early years. 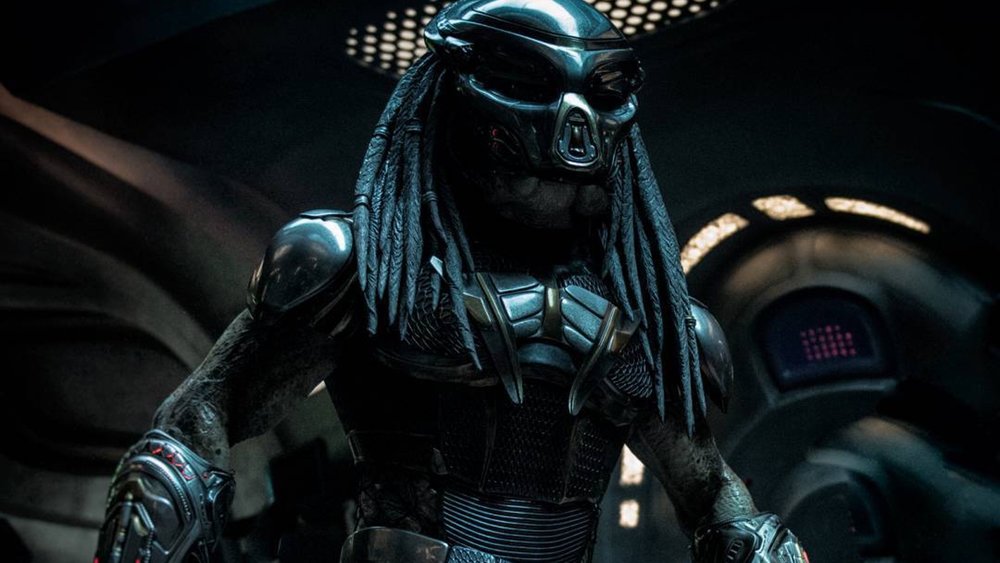 The predator slices into 4K UHD home media with a 2160p resolution, HEVC / H.265 encode coming from 20th Century Fox Home Entertainment using a 2.39:1 aspect ratio. Fox is known for their good transfers and it seems this trend continues with this release. Although the film seems to have a 2K Digital Intermediate (DI), effectively making this a 4K upscale, the end result is actually a very good one. We get a boost in detail due to the higher resolution compared to the Blu-ray version that reveal more details on textures both on humans and on the predators.

There seems to be only HDR10 here as no Dolby Vision was detected during playback but this doesn’t stop this release from showcasing very strong colors. Due to the film having many dark scenes, dark colors and blacks are enhanced giving a more solid image while shadow details are improved. If we had to find one wrong with this release that’s the bad CGI. This doesn’t actually have to do with the transfer itself but there are a few CGI effects that already looked bad in the 1080p transfer and the upgrade in sharpness and boost of details here makes things even worse as they make the bad CGI stick out even more. 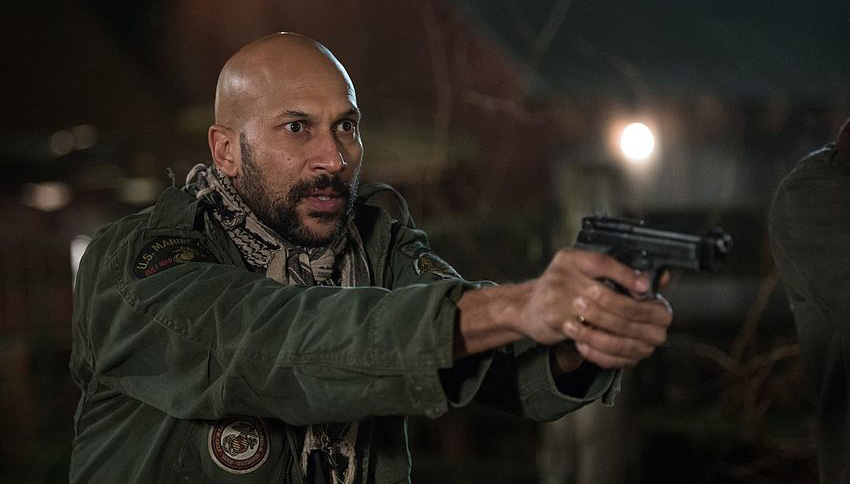 The UHD disc comes with a Dolby Atmos audio track that is as good as the picture itself. There are plenty of sound effects in the movie, from dogfights, explosions, gunfire, laser fire and car chasing in order to put your home theater system in good use. Both surround and height speakers become active in many of the scenes and as such provide deeper immersion by expanding the soundstage both behind and above the viewer. Channel shifting was very good while during dialogue the center channel provided clear and distinguishable vocals. Totally satisfied by this explosive audio track.

In general the 4K UHD transfer is a good upgrade over the 1080p version of the Blu-ray disc. It provides better sharpness, more details, better handling of shadow details, more solid black colors and a more immersive Dolby Atmos audio track making this version the best one yet that you can enjoy this film in. If you are considering of getting this movie then the 4K version is the one you should choose. 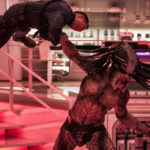 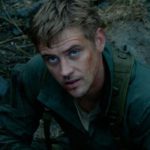 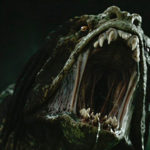 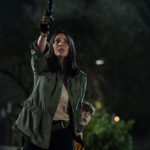