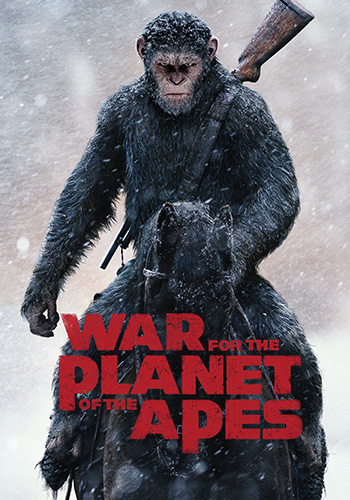 After the apes suffer unimaginable losses, Caesar wrestles with his darker instincts and begins his own mythic quest to avenge his kind.

Caesar decides to move to a place across the desert with the other apes to end the war with humans and live in peace. However they are attacked in a cave hidden by a waterfall and Caesar loses his wife Cornelia and his son Blue Eyes and only Cornelius survives. Caesar decides to revenge on their death and separates from the other apes to hunt down The Colonel, who was the responsible for killing his family. However Maurice, Luca en Rocket follow him while the other apes head to the safe place.

Along the journey of Caesar and his friends, they stumble upon the mute girl Nova and the chimpanzee Bad Ape that go with them. They arrive at the border and find a facility where his clan has been captured by The Colonel and forced to build a wall without water or food. But Caesar is captured by The Colonel and learns that he has slaughtered infected humans. Now the army is coming to kill him and he is protecting his men and himself with a wall. What will Caesar do?

Based on characters created by

When the new trilogy was announced i was a bit skeptical if they will manage to make it work because the last time they tried to revive the franchise it failed miserably. But now that we finished with the story i can say for certain that this was one hell of a ride. In the third installment Caesar is on a quest of revenge as humans have started a war in order to wipe out the apes that are threatening to take over as the ruling species on Earth. 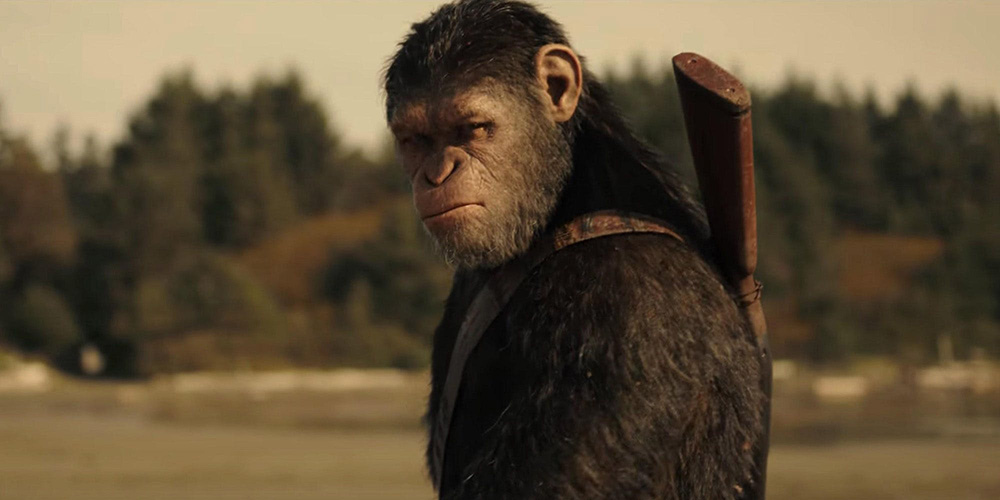 First of all as far as the special effects are concerned the movie really excels. The apes couldn’t look any better and although you can still understand that they are computer generated images they are done really well. From their fur, to their animations and face expressions, CGI have come a long way to portray all the feelings these wild but intelligent animals have. For this of course a lot have to do with the performance actors as the film makers were recording their expressions and used them as template for the final apes face movements. Andy Serkis gives another solid performance as Caesar and it feels like this role has become a second nature to him after having made two films already.

You could really feel the change in his character from the first movie as he was fighting for recognition to the end of the third installment where all apes were seeing him as their true leader and would follow him even in death. The rest of the performance actors also give solid performances and this is very important when we are talking about a film that most characters are non speaking apes and most of their emotions have to be expressed with body language and hand movements.

From the humans the character that takes the center spot is definitely Woody Harrelson playing a Colonel in his quest to destroy the ape race. What i like in particular is that in the beginning he is portrayed as the cold blooded military officer that will stop at nothing to destroy all apes but as the film progresses we see that his motives are a bit more personal even if questionable giving him a more humane portrayal than what you may think of him in the beginning.

The photography of the film is really impressive as they tried to include a wide color palette, from the lush greens of the forest at the ape’s sanctuary to the cold whites  of the border’s quarantine facility, every scene look so alive that is really mesmerizing. In addition to the image the sound design although nothing spectacular is enough to accompany the story and image of the film. From the ambient sounds, to the explosive sound effects and the orchestrated music everything comes together nicely to give a great result. 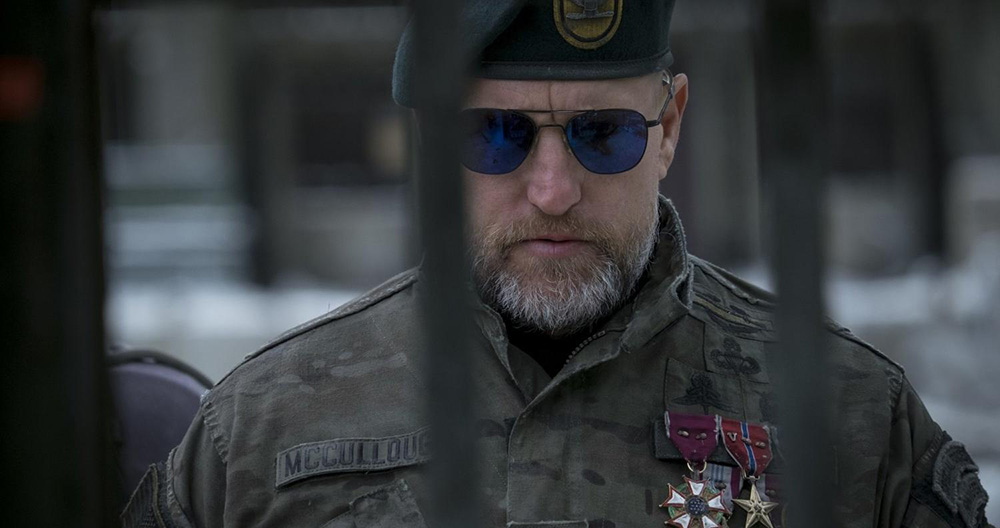 As for the story they really tried to give a very dramatic tone to the story in this ending chapter because they made Caesar being torn between a personal quest for revenge and his obligation to lead his kind to safety as the leader of the apes. Caesar is a character with integrity and moral values and we see this being questioned by the events happening around him as he struggles to keep his principles but at the same time his rage for revenge consumes him because of his personal drama. It’s not a story we haven’t seen before but it is really good executed especially if you think that we are not talking about a human character but an ape and wraps up well in the end although there are a few scenes that could have been written a little better. But in general we get a satisfying story that personally left me wanting for some more ape action. For a solid 2 hours movie it never felt like it was dragging for too long as every scene had something important to show and was driving the story forward.

With excellent performances, great settings and scenery, extraordinary special effects, very good sound design and an intriguing story, War for the Planet of the Apes is the film this trilogy deserved in order to complete the story of Caesar and his apes as they struggle for survival. A very humane story without the humans being the center stage. Highly recommended for everyone who liked the previous movies but also for anyone who likes to spend 2 hours pleasantly.

We finally have the 4K UHD version of the War for the Planet of the Apes and this 2160p resolution transfer that comes from 20th Century Fox Home Entertainment offers a nice, even if not very notable, increase in quality both in sharpness and details as well as in color reproduction. The differences compared to the Blu-ray version may not be very dramatic but there are scenes that the added sharpness reveal a nice amount of details that were barely showing before. Coming from a 2K Digital Intermediate makes this release a 4K upscale but even like this the improvement is visible. Since the apes are all CGI there are a few scenes where the increased clarity reveal their artificial nature but in general they are so good made that you will hardly notice it.

HDR also helps to improve the overall image quality by making subtle changes to the color palette but not so many that would dramatically change the outcome. There are changes in colors in some scenes but these are far and few between and in general we see a similar color reproduction to the Blu-ray version. A lot of scenes are in general dark and this 4K release makes sure to keep all shadow details intact.

In the sound department the 4K UHD release comes with a Dolby Atmos track that shows the same behavior as the image department. We get a nice upgrade over the DTS-HD Master Audio 7.1 track that was present in the Blu-ray edition by adding more height to the sound stage. And although the height channels are not utilized all the time there are a few scenes like the opening forest battle that will definitely make you look up to find when the sounds are coming from. Our overall impression is that the filmmakers took an already impressive audio track and added more to it thus making this Dolby Atmos the best way to experience the film.

In total we are very happy with what 20th Century Fox made with this version of the film. Don’t expect any huge changes or improvements but there are changes for the better in both audio and sound department. The increase in resolution reveal more details, HDR help create a more solid color palette while the Dolby Atmos track create a more immersive audio bubble with it’s increased height depth. If you look for the best version of the film this 4K release will definitely please you. 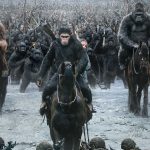 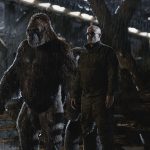 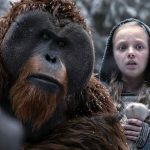 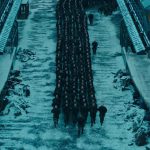