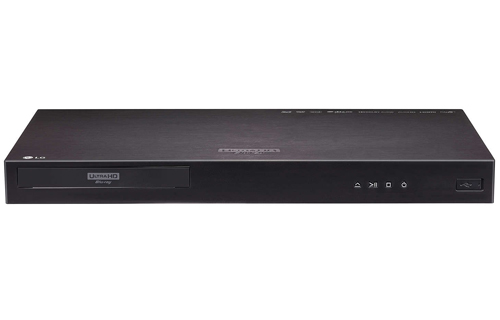 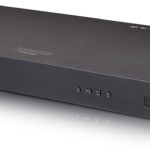 2017 was the year that most manufacturers tried to push the 4K UHD format hard in order to make it more mainstream. This meant releasing new devices that supported the new format and this obviously included the latecomers in the 4K UHD players field as it was the first year both Sony and LG released their offerings.

Being late is not always bad as it gave the time for the format to mature and also it enabled LG to include Dolby Vision support that was still in it’s infancy making the LG player the cheapest one that supported this advanced HDR protocol from Dolby. So let’s find out if this first offering from LG was worth the wait in our LG UP970 review.

The UP970 is clearly a budget friendly UHD player and it’s looks definitely shows that. We have seen a lot of times that manufacturers are trying to add some special touches even to their most cheap offerings to differentiate them from the competition. It seems in this case LG engineers didn’t think about it a lot and just went with the most basic of designs they could…literally.

The player is a plain rectangular plastic box with a brushed metal effect finish for it’s plastic cover. In the front you will not find any kind of display or any other display indicator and you only get the slide-out disk tray on the left and four buttons on the right for eject disc, play/pause, stop and power on/off. These are icon shaped buttons and some times it can be a bit hard to press them. Also in a low light environment it can be pretty hard to find them as there is no kind of illumination to help you a little. 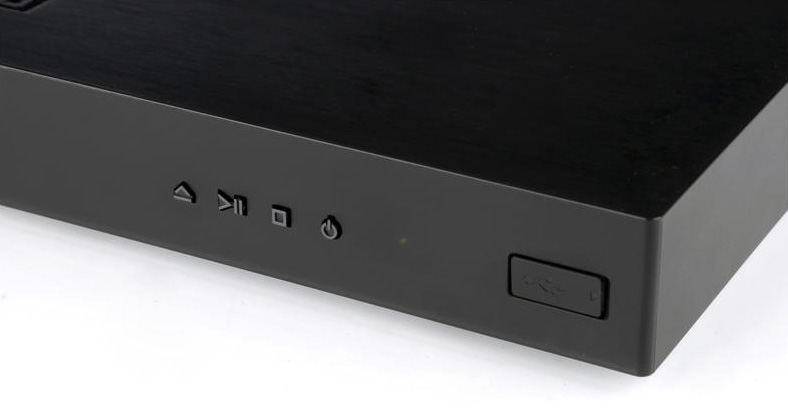 In the far right we get a USB 2.0 port hidden behind a small cover and a small power indicator is the only thing that will allow you to see if the player is turned on or not. All other connections are placed on the back of the player and we will analyze them further down this article. And that’s all as far as the design goes. It’s clear that LG went for the utmost basic design in order to cut costs but even like this I never expected to see such a basic design. It’s like LG design engineers were bored and decided to produce the most unoriginal and uninspiring design they could think of.

We may be looking at a relatively cheap 4K UHD player but when it comes to 4K with HDR signal over HDMI then we get the kind of quality you would expect. I used the 4K UHD disc of Pacific Rim: Uprising and the quality of the picture was just as good as some offerings from Panasonic and Sony. The images were crystal clear with every small detail showing clearly and with astounding sharpness. Colors were vivid and HDR was adding extra depth by enhancing the colors and highlights.

The UP970 is also a very capable upscaler and although it was very capable at providing an extra level of clarity to Bluray discs I cannot say I was impressed with the upscaling of DVDs. But let’s be honest here as very few will be watching DVD discs on a 4K UHD player and even though the end result may not be impressive at least it is adequate enough for viewing. So if you still have a few DVDs around rest assured that the LG player will not have any problem with them. 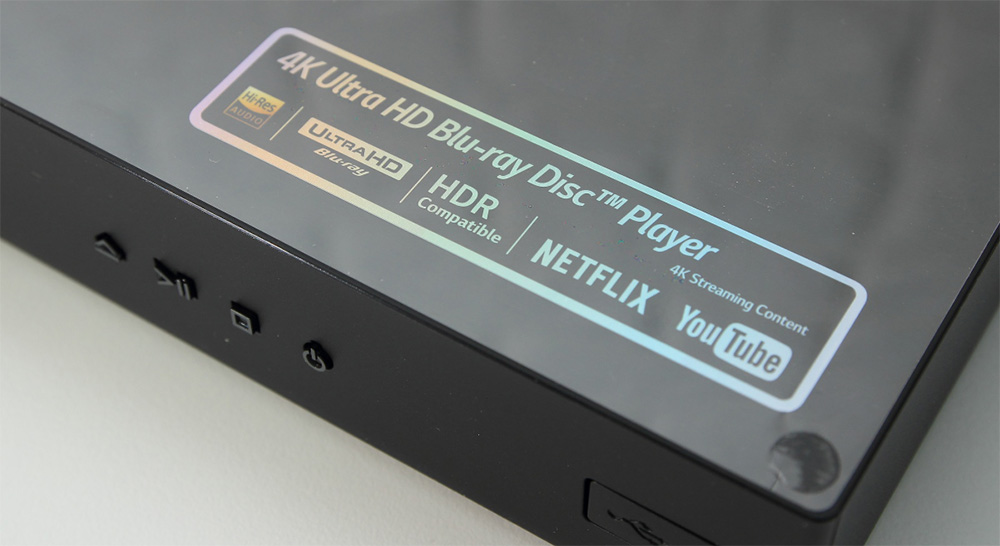 Also in case you connect the player to a TV that doesn’t support HDR the UP970 is capable of converting HDR material to SDR delivering the same kind of results we saw from similar players from Samsung and Oppo which is very welcome for a budget friendly device.

As with the image quality, the audio performance of the LG player was top notch. The Dolby Atmos soundtrack of Pacific Rim: Uprising was reproduced with all it’s clarity and power with the player feeding the receiver all the digital info required to create an immersive sound field that really makes you feel you are right in the action. The player can also support high-res audio through USB but almost all players do that nowadays. Nevertheless it’s good to such such a feature supported here also. 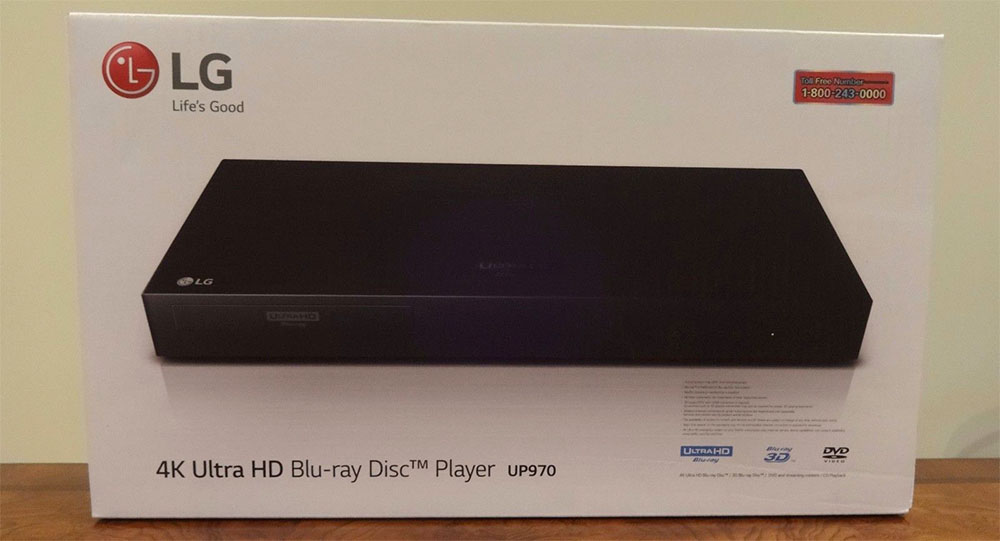 Loading of discs in the UP970 drive was fairly fast and even faster when compared to the Sony X800 by a few seconds. In general the drive was silent enough but if you sit close to the player you may hear the disc spin a few times.

All in all we are delighted to find that the video and audio performance of the LG UP970 is as good as it could ever be with crystal clear 4K image, excellent HDR and immersive audio that are not a single bit less impressive that what other manufacturers are offering.

Other than the single USB port that we get in the front all other connections are placed in the back of the player. Being a budget friendly player you cannot expect anything fancy as far as the connections is concerned. With this in mind what we get is two HDMI ports with one of them being HDMI 2.0a and HDCP 2.2 with 4K/60p, HDR (both HDR10 and Dolby Vision), and Wide Color Gamut (WCG) support. The second HDMI port is only version 1.4 and is meant only for audio. Having two HDMI ports gives you the ability to connect the one to your TV directly and the other to your AV receiver, sound bar or dedicated sound system and some manufacturers call this the optimal way although having tried only one HDMI port through the AV receiver directly, I haven’t seen any difference in quality.

As for the rest of the connections we get an optical audio out port and an Ethernet port for wired connection to the internet although the player has built in WiFi for wireless connection. That’s all we get for connections and to be honest you cannot expect anything more. The HDMI and Ethernet ports are in my opinion the absolute minimum that should be offered and here we get a second HDMI port as well as an optical audio out as a bonus which I find a pleasant addition. 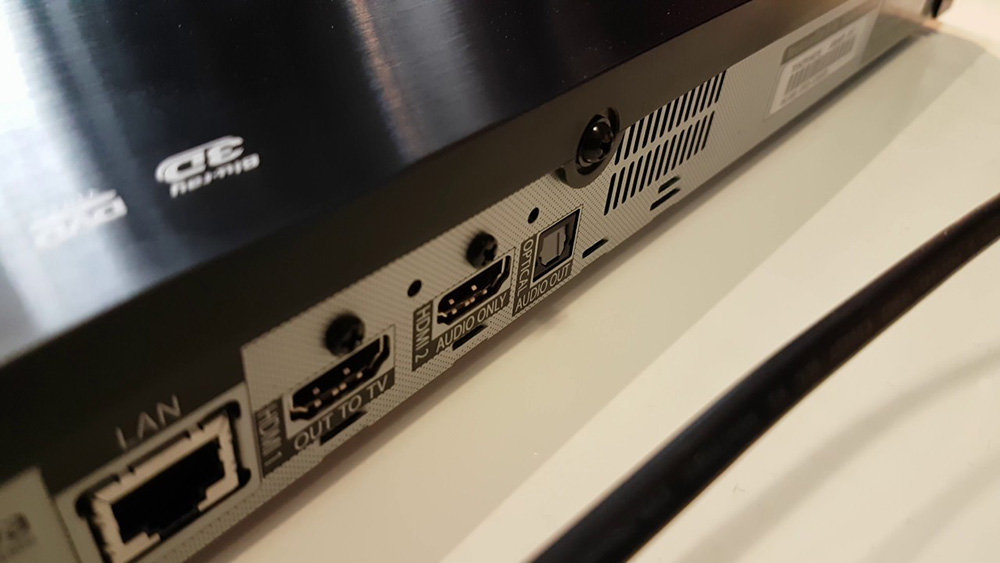 Setting up the player for the first time could not be any easier. It takes only a few minutes to select your language, choose your preferred way to connect to the internet and you are ready to go. The basic menu may not have any eye catching visuals as it offers just the most basic of looks but on the other side this makes it easy to navigate and very practical. It consists of five options being Movie, Photo, Music, Premium, and Settings. 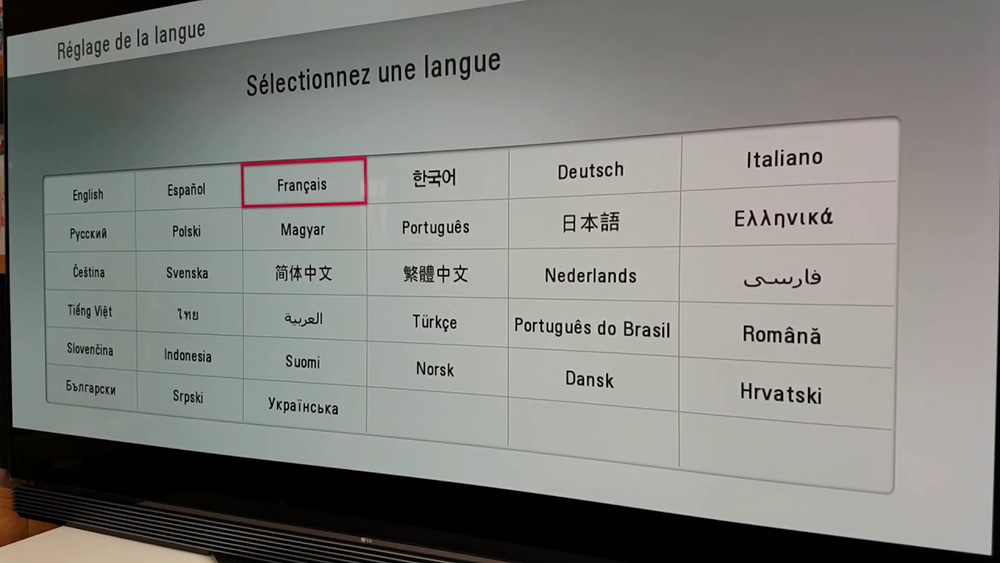 When you insert a disc it shows you what kind of disc it is like DVD, Bluray or UHD. Also through the Movie, Photo and Music options you can navigate any external storage you may have connected in the USB port. There is a wide support for all kinds of formats and as many as I tried all of them were played smoothly so unless you try any weird less known format you should be rest assured it will play normally. 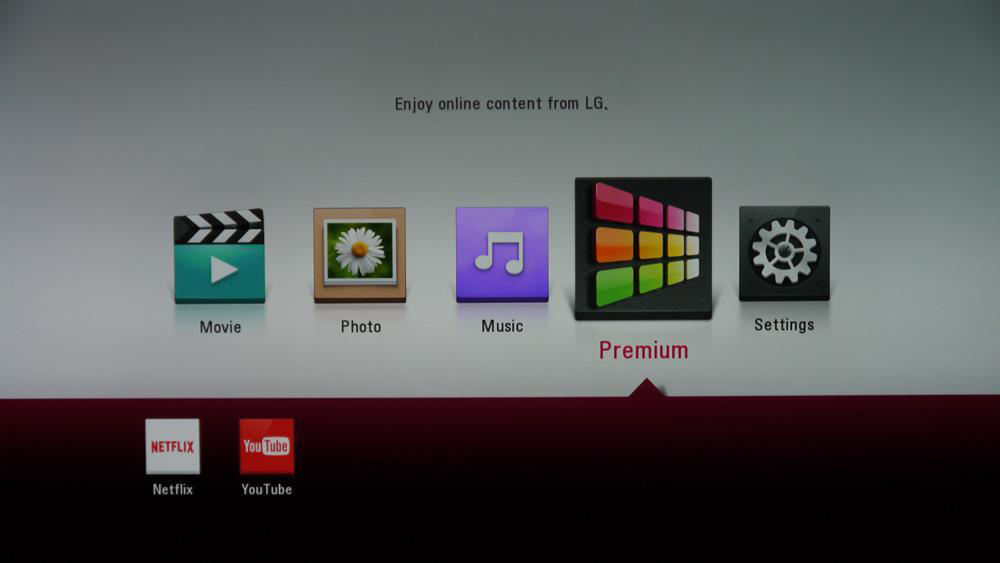 The Premium section is where the streaming services are with only two of them being supported, Netflix and Youtube. Netflix supports 4K UHD resolution but this doesn’t seem to apply for Youtube as it would only playback at 1080p FullHD resolution. There is no kind of online store so there is no way to add more services and this greatly limits the capabilities of the player. If you need more then you should definitely look for a different player. 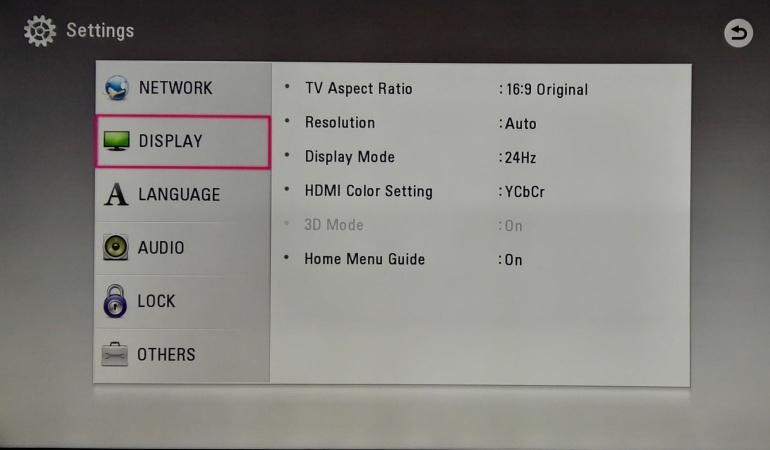 As for the settings there are a lot of options you can play with like video resolution, aspect ratio, digital audio decoding, 3D and display mode (24Hz or 60Hz) but it doesn’t have some more advanced options other players offer like bit depth or chroma subsampling. Also for the display mode there is no auto option leaving it in you to choose the optimal setting to go for, making it more difficult if you need to change it all the time. For most of the time 24Hz will be the one to use but it would be nice for the device to change this automatically depending on the output. As for the audio you can bitstream Dolby TrueHD and DTS-HD Master Audio to your audio system or you can choose PCM and decode them internally.

The remote that comes with the player follows the same principle as the player. Simple, without any fancy features or look. A numerical pad on the top, playback buttons under, menu navigation buttons in the middle and various control buttons in the bottom. Pretty basic and cheap looking but practical and it does what it was made for. There is no backlight functionality but I was not expecting any in this price.

The LG UP970 is a player that was made with cost in mind. It offers all the basics you would need to give you the best viewing experience offering great image quality with dazzling HDR and Dolby Vision support as well as excellent sound performance with playback of Dolby Atmos and DTS:X audio tracks being smooth and crystal clear. Put the price in and that’s all the strong points this player has.

Everything else on offer is the absolute minimum with the most basic of designs I have seen in any kind of player, be it DVD, Bluray or 4K UHD player. The connections we get are the standard for this price range although we get a second HDMI port for the audio. Also it provides very basic features with no DLNA or any kind of CEC functionality. Netflix and Youtube are the only online streaming services on offer and having no online store I see it hard to add any more to the device.

If you only care for watching 4K UHD discs and your equipment support Dolby Vision then it will be hard to find a cheaper player that supports Dolby’s advanced HDR protocol. If Dolby Vision is of no interest to you then there are other players in this price range with more features on offer like the Sony UBP-X800 but with no Dolby Vision support. Now LG has released it’s new UHD player for 2018, the LG UBK90, meaning that the UP970’s price will go down even more while stock lasts so there may not be a better time if you consider buying a cheap player that will satisfy your viewing needs.